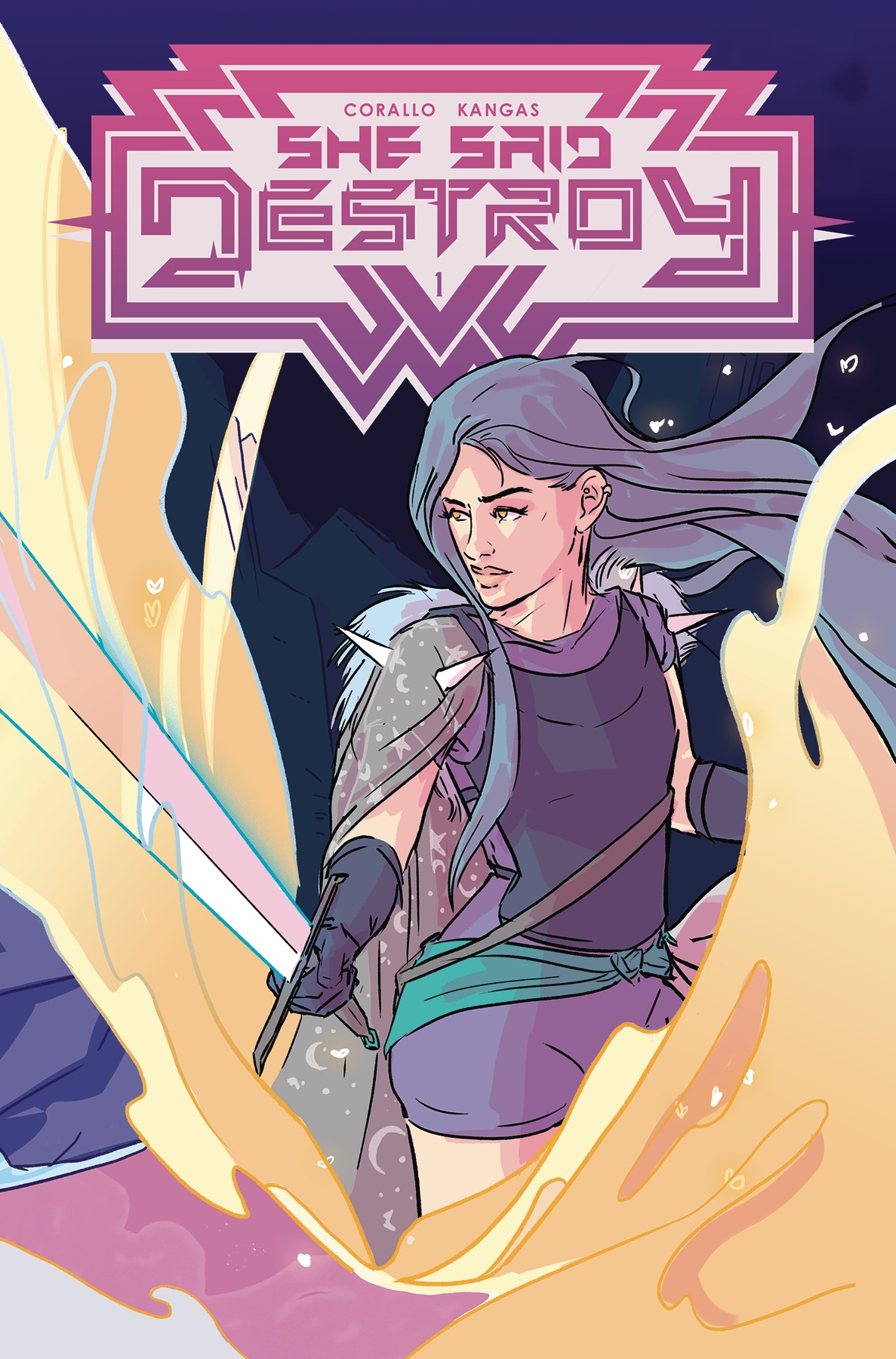 Serendipity is a funny old thing.  No sooner does the new Star Wars trailer hit the old interweb, I get this book to look at, with similarities in the fight between light and dark, with laser sword welders and force like powered witches!  You wait for one Sci-Fi  battle between good and evil and, what’d you know, two come along at the same time!

She Said Destroy focuses on Brigid, the sun Goddess who over millennia has usurped all the worshippers to her cause.  All that remains are a handful of rebels…….sorry I mean the witches of Fey who are the last believers of The Morrigan other wise known as the Goddess of Death, who also happens to be Brigid’s sister.  Together, I am sure they could rule the galaxy as sister and sister!

Joe Corallo has mined a fair few sources in this book; imitation is the highest form of flattery.  Star Wars, itself a mix of influences, seems the most prevalent, but look closer and you may see elements of Final Fantasy, Wicked with touches of Maleficent thrown in for good measure.  Corallo takes the light versus dark theme and twists it so that the readers expectations are pretty much nixed from the outset.  This does cause a small level of confusion, as the readers are not sure who the “good guys” are.  May be, as very much in our own real world, good and bad are defined by our own worldview?  It is this level of introspection in which Corallo succeeds the most.  The book is full of the type of characters that you would come to expect; the only hope, her best friend, the lackey all seem familiar.  The dialogue is seemingly set at young adult mode, which is a departure from Vault’s more mature books.  As such, at times the dialogue doesn’t always resonate with the theme of the story.

The art by Llana Kangas also delivers a young adult vibe from the first page.  Normally, this style isn’t for me; which is fine as the book isn’t aimed at me.  That said Kangas does well in world building, giving us a range of characters that visually tie in well.  At times the lack of consistent body postures annoys me, the major fight scene when the light knights attack for example lacks a level perspective which detracts from what is one of the few true action pages.  Still Kangas perseveres well, creating  an impish look to characters later in the book.  The colors by Rebecca Nalty are good, with bold strong colours used for a variety of backgrounds, though can look a tad too digital when used on the characters.  Finally, letterer Melanie Ujimori works hard with the look of the text boxes and at times, using different word balloons for different characters, though there is a panel early on that could have done with some differentiation in my opinion.

For a book that wears it influences on its sleeve, this is an enjoyable read with an interesting twist added to the mix, that engages and challenges the readers expectations well.

She Said Destroy is in stores on May 19th.