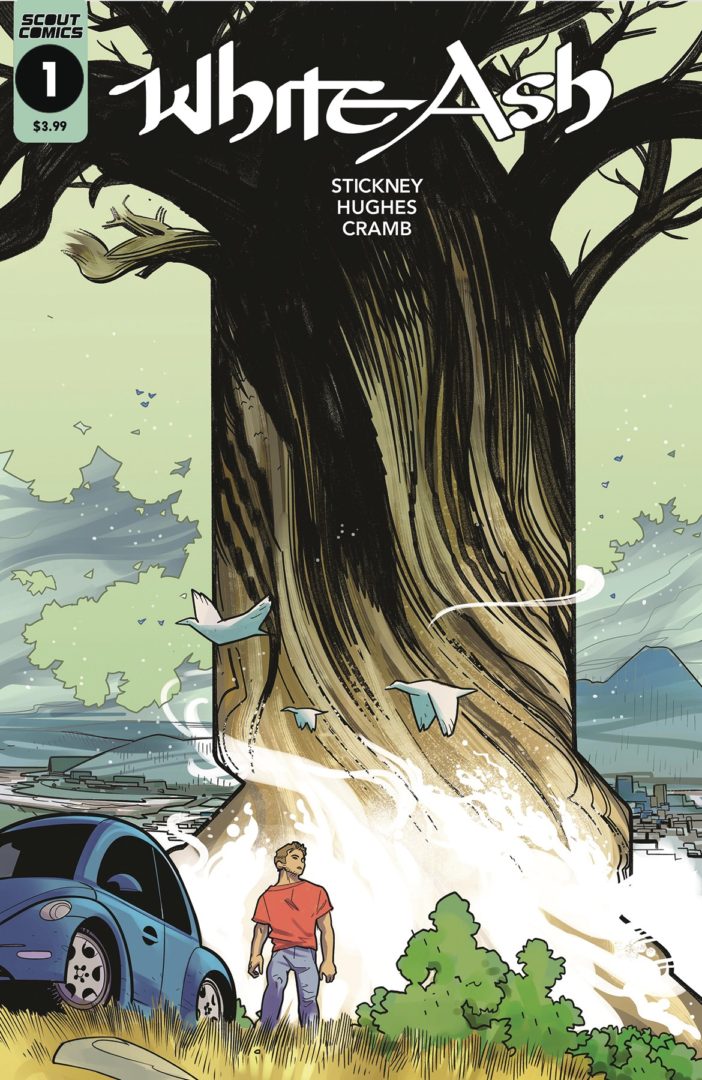 What is it about rural America, that stipulates that every town has to have a dark secret?  White Ash is one of a very long line of towns that harbours such a hidden truth.  Still, this a fantasy based story with a Romeo and Juliet twist that offers the hint and tease of something that is greater than the sum of its influences.

At 19 years of age, Aleck Zwerk is all set to leave the grubby mining town of White Ash for the shinning lights of college.  That means saying good-bye to the almost love, the unhappy and resentful father and the guy who owes Aleck $300 which Aleck could really do with.  Confronting the mysterious and powerful Mr Alden, Aleck is left to chore for his cash.  It’s here that Aleck meets the equally mysterious, though enigmatic Lillian Alden.  Though there are shadowy forces at play which may have a huge impact on both Aleck and Lillian.

Producer Charlie Stickney is the writer and co-creator who has crafted this almost world of White Ash.  There are a number of stereotypes in play that seem familiar, and to be honest, for large parts that is what you get.  The first issue is a slow burner that looks to establish the characters in their own right.  This is a great way to go as it makes the reader become comfortable with the characters, which is essential when you are not dealing with comic icons.  It also means that practically anything can happen, to practically anyone.  Stickney does layer the book with social nuances that you may well misread or misinterpret or even just plain miss.  The dialogue works, in a kind of off-hand Buffy kind of way, though with the swearing in the book, which is to be expected and natural, I am confused when terms such as “jag off” are used in lieu of the more real world colorful version.  This is minor quibble that even though I noticed, doesn’t impact the overall feel of the book.

Co-creator Conor Hughes provides the art and the letters for the book.  The style is a mix of comic strip ad manga in places.  The first style certainly gives us that simple life vibe of a country town.  The manga elements allows for the emotions of Aleck leaving, his father’s disappointment all the way through the machinations of the Alden’s.  One of Hughes strengths is in panel layout; he seems familiar with the ideas that make up town both factually and spiritually.  If there is a lack of details, or heavy lines, Hughes uses his lines to intimate  several situations and feelings.  This could leave the art open to possible misunderstanding, that may require a second glance.  Still, for the most part the art is breezy, light and fitting for the secrets that will out.  Colors are provided by Fin Cramb who really set up the extremes of the hazy days of summer and the darkness of working in the mines.  Hughes’ letters feel a little scant in places, though this does allow the art to convey more of the message.

Scout Comics are quietly working their magic, taking stories and books that may have had success as a Kickstarter and given a regular schedule.  Its a strategy that clearly works with creators of the calibre of Stickney and Hughes on a book, let the pair bring their not quite fantasy, not quite Romeo and Juliet and not quite Buffy to a larger audience.