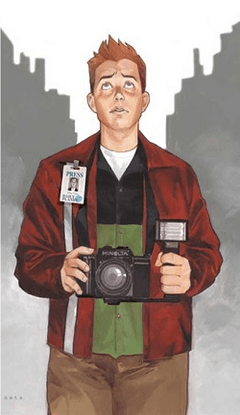 One of the most maligned, misused and misunderstood characters in fiction, Jimmy Olsen has become less and less represented in pop culture over the past three decades. A staple in Superman stories since Action Comics 6 in 1938, Jimmy Olsen has been as much a part of Superman’s story as Lois Lane, yet while Lois appears in every incarnation of Superman, Jimmy has faded into relative obscurity.

The peak of this obscurity has to be where Zack Snyder used the opening of Batman Vs Superman to kill off Jimmy Olsen, without even saying his name and cutting the role down to nothing. Snyder did a lot of things right in his superhero films, but his use of Jimmy Olsen just underlies that creators don’t see him as a viable part of the Superman story. He is seen as a bit player in the larger drama, to small to rate attention and easily placed on the cutting room floor.

Similarly, the CW Supergirl series tried for years to use Jimmy Olsen as a character. Unfortunately from the outset the character they used had nothing to do with the personality of Jimmy Olsen. Fans who initially complained focused on the changes to his physical aspect, but the major change was that this Jimmy Olsen was Confident. Jimmy Olsen may have many characteristics, but confidence has never been one of them. For this reason the character never rang true and has faded more and more as the series progresses.

Smallville took the character in a different way, making him less confident and much more likeable. The character did have moments in the series that were typical Jimmy Olsen gold, but in the end his role in the series is chiefly remembered as a romantic foil for Chloe. Here too, the character was killed after appearing a few seasons, with the strange final revelation that he was never the Jimmy Olsen we know from the comics, but rather his older brother. 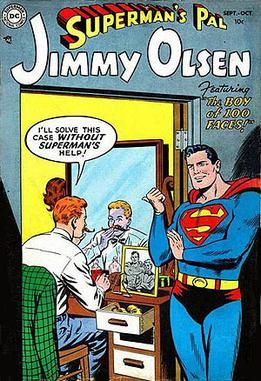 Jimmy Olsen is a character meant to represent the everyman. Lois grounds Superman, but their romance has inspired so many others in comics that the idea of a superhero having a human girlfriend has become less about tying them to humanity and more about their personal relationship. Superheroes need to be tied to humanity or they risk treating the humans they save as pawns in a game. Just as a supervillain commits heinous acts because they cannot empathize with their victims, so too do heroes risk becoming callous in their efforts to stop those villains. This conflict is best spelled out recently in ‘The Boys’ series where large heroes are caught up in their own personal sins and drama and forget what makes one truly heroic.

Jimmy Olsen is important not only in his relationship to Superman, but also in his relationship with the audience. Jimmy Olsen is a character who has had a long history of his own comic adventures. For at least two decades, Jimmy had his own comic series full of broad comedy, mutations and massive adventures. Even Jack Kirby took over the comic along the way and brought in prototypes for the New Gods, Intergang and the Hairies.

Jimmy was utilized in a much more traditional fashion following Crisis on Infinite Earth, becoming the sidekick. Then as the new century dawned DC simply made Jimmy more and more of a bit player. The major exception to this is Grant Morrison and Frank Quitely’s All-Star Superman series. This series, of course, got everything right. They understood Jimmy can be a reporter, an everyman, a science experiment gone wrong and a hero all within the span of one arc.

For the most part in modern comics, rather than being a fixture in the Superman comics, writers put him to the side or didn’t bother to feature him at all. The one exception to this is the truly awful Countdown to Final Crisis series. This was a weekly series so bad that Geoff Johns told us to ignore it on the future board in his Booster Gold series. When one of the main writers of your company is trolling a series in their own book, you know it’s bad. The writers in Countdown tried to capture the whimsy of Jimmy’s early adventures, but the series was poorly organized among many writers and artist and just became a mess. After this debacle in 2007, DC barely used the character at all beyond the occasional backup, storyline or special. 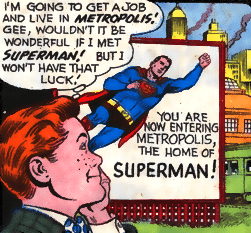 Thankfully Matt Fraction and Steve Leiber have set out to repair this over the past year with their superior Jimmy Olsen series. In their hands, Jimmy Olsen has the ability to match up to Lex Luthor, even while maintaining his typical humility and humor. The adventures are massive, chaotic and never take themselves seriously. The main question would be if this 12 issue series will redefine the character for a new generation of writers to the point where he can be reintegrated back into the main Superman titles as this complex, interesting character who represents the core of what Jimmy Olsen always should be: full of humor, adventure, wry comments and empathy.

The hope is that the Jimmy Olsen long-time readers know and love can be utilized more consistently in comics and media going forward. Since he has already been used so badly in the Arrowverse, we are left to hope that whatever the new film incarnation is for Superman (and that film will likely be another ten years down the line), will find a way to use Jimmy Olsen in a more traditional way. Even better would be DC getting the courage to do an all out Kirby-esque Jimmy Olsen solo film covering time and space. Given the success of Joker, it’s possible DC and WB could look for less traditional approaches to comic story-telling on film. The hope is that comics and films can hold onto what makes Jimmy Olsen so important to both the Superman mythos and comics as a while.