I make no secret that Christopher Nolan is my favorite writer/director currently working in the film industry. He’s a gifted craftsman when it comes to film, often reaching the level of high art while also remaining relatively accessible to modern audiences. Tenet is a movie that in many ways challenges that perception, framing a spy movie around a complex SF conceit of time travel and temporal inversion. Tenet is easily one of the most complex narratives of Nolan’s career, easily rivaling previous films like Inception or Interstellar in terms of strangeness and intricate plotting. While Tenet can be a confusing film just because of the time travel and the inversion concept, it’s also a brilliantly structured movie that will reward the patience of those who try to understand it.

Nolan is a master of structural craft, and it’s a gift that he’s developed ever since Memento. That movie worked as a horseshoe structure, or a pincer, and it’s an approach that served him in later films. With Tenet, Nolan applies the concept of time inversion, a form of time travel where the user lives in a form of reverse time. This movie likewise works in a pincer structure, as the Protagonist (played by John David Washington) lives his way forward and backwards through time as he follows this Byzantine layered plot. The movie eventually introduces the idea of a “temporal pincer move”, where one group of people operates in normal forward time, while another moves in inverted time. We see this operate in key scenes and every element works beautifully, but that’s only the beginning of Nolan’s brilliance here. Structurally, the entirety of Tenet is a temporal pincer move, where the action begins in a forward motion, then switches to inverted time as the plot worms its way backwards. It could also be said that this movie turns Christopher Nolan’s entire filmography up to this point into a temporal pincer move as well, as Tenet echoes Memento with its horseshoe structure. It’s a brilliant and audacious move for Nolan, and one that ultimately pays off when you unpack the complexity of Tenet. 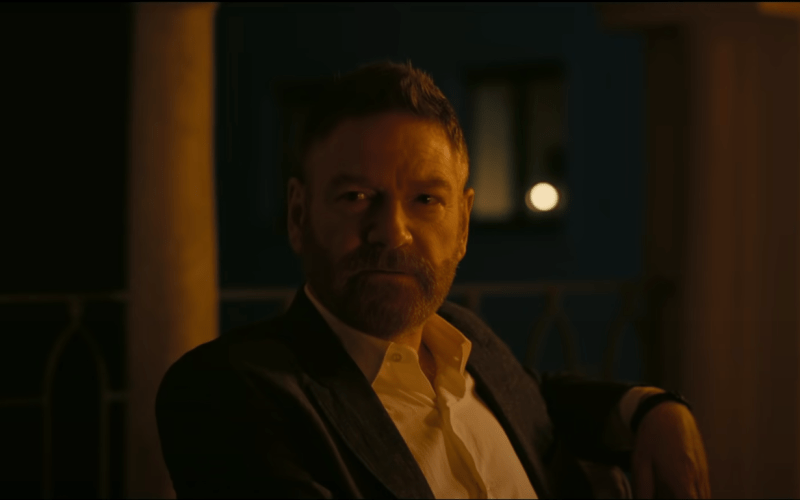 In terms of the surface narrative, the script hits all the correct notes, as I’d expect of a screenwriter of Nolan’s caliber. This movie has been accused of being humorless and cerebral, and while those things are generally true, these have been consistent elements throughout Nolan’s work. Nolan is a filmmaker that explores higher ideas with complicated worldbuilding, and he’s also a filmmaker who trusts his audience to answer the complex questions his movies raise. He’s a writer who plays with deep themes through his science fiction motifs, and he’s also a superb structural writer, and Nolan excels in both aspects with Tenet. This a movie that centers around the idea of trust and faith, and especially around the idea of fate and free will. Does what happens in this movie do so because it was meant to happen, because it was predestined in a bizarre quantum way? Or is it possible to change the grand design, even if it means risking the structural integrity of the future? These two viewpoints are represented by the Protagonist and arms dealer Alexei Saito (played by Kenneth Branagh). The movie never tells you what to believe about this question, instead using the mechanics of the movie world’s science to hint at the larger ideas. In a way, it doesn’t even really matter what the answers are, because the core of the movie is how each of the characters react to their world, to the way time can be bent and shaped. In the face of a world that exists in strict linear time, is it best to accept reality as it is, as British agent Neil (played by Robert Pattinson) does, or to rail against it as Saito does? The movie fairly considers both views, giving them equal weight, and it adds flavor and depth to the overall film. As is typical of Nolan’s work, Tenet is a truly intelligent film, one that encourages the viewer to think about what’s on the screen, rather than telling the audience what to think about it, and the movie is all the better for it.

The casting is superb, and though Nolan doesn’t use as many A-list actors as in past films, the performances are rock-solid. John David Washington is an actor that I was admittedly unfamiliar with before this film, but he does a superb job of holding the lead even against first-rate actors like Kenneth Branagh and Michael Caine. Washington displays a gravitas and level of performance worthy of his legendary father Denzel, and I hope we’ll see him in more films like this. He also manages the action scenes well, offering a strong physical presence as well as some very hard-hitting fight scenes, in some cases making them look believable even when played in reverse. Robert Pattinson is an actor I haven’t seen often since the Twilight films, but he’s moved well past that. Pattinson gives a strong showing here, and he makes a good case for his future role as Batman. Elizabeth Debicki does solid work as Kat, Saito’s estranged wife, conveying the transformation from despair to hard determination quite well. If any member of the cast truly steals the show, though, it’s the gifted and experienced Branagh, who is mesmerizing as the film’s villain. He is always charismatic in every performance I’ve seen by him, but it takes the screen presence and sheer personal magnetism of a Kenneth Branagh to make a villain so ugly and brutal this compelling. Even after watching some truly horrid and abusive acts, there is a sympathetic side to Saito, and Branagh’s performance and charisma are good enough to build a fascinating character from these angles. These actors are all quite good, and Nolan’s directing always raises his stars to a higher level.

With Tenet, Christopher Nolan offers another masterful film experience that turns genre film on its head. If I have any reservations about this film, it is that this movie is so complex that it probably cannot be fully understood in a single viewing. In fact, it may take several full viewings to get a sense of the paths of each character through time, and the full implications of what is happening in each scene. However, in the end, this only offers more replay value to this movie, and more for the audience to consider. Even if viewed as an action film, it delivers a hard-hitting movie experience, and this stellar cast helps ground the viewer into the film’s reality even when the narrative is at its most convoluted. Likewise, Nolan was correct that this movie is best experienced in the theater, given how large and impactful the movie is when seen that way. While there is an accessibility barrier because of the huge ideas it juggles, this is a movie that rewards patience and investment. If you give the movie a chance, Tenet will leave you with much to think about long after you’ve walked out of the theater.