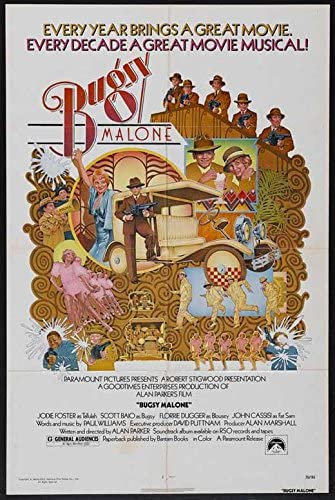 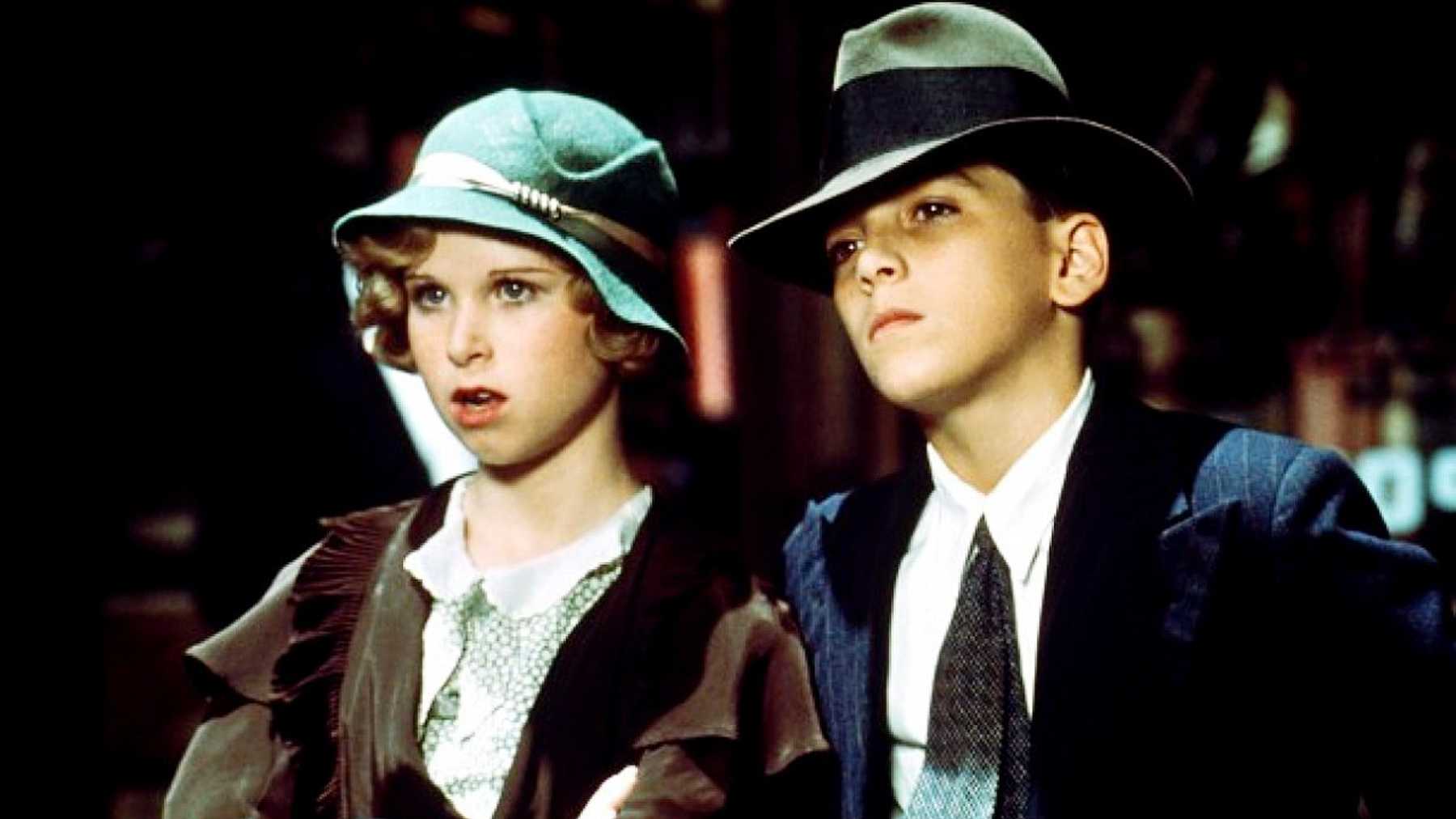 This unique and off-the-wall film was Alan Parker’s directorial debut and it’s quite a departure from the dramatic and sinister projects that he is hailed for in his illustrious career. Parker is known for diving into the dark side of humanity, but his film BUGSY MALONE is a fun kid flick, which is very humorous, loaded with amazing musical numbers, and wonderful production design.   What’s particularly fun and unusual about the film is that there are no adults in the film, just kids. The cast members are pre-teenagers or budding teenagers. A fresh-faced fifteen-year-old Scott Baio plays the main character Bugsy Malone, a hustler just trying to survive in prohibition era New York. Malone falls for Blousey, an aspiring actress and showgirl that has arrived in town to try and make it big in show business. Jodie Foster, fresh of Martin Scorsese’s TAXI DRIVER, 1976, plays Tallulah, a small supporting character.

The film is a ridiculous parody of the gangster films from the 1930s and 1940s. Aside from replacing adults with kid actors, booze is replaced by sarsaparilla, and Tommy Guns are replaced by the infamous and new technology of the semi-automatic “splurge gun.” Now, what exactly is the “splurge gun?” It’s a “weapon” that fires cream pies. Remember, this is a kid flick, so getting shot with a splurge gun replaces the violence of re-enacting real gun fire and murder. When a character is shot with a splurge gun, that means they are dead. It’s a very funny alternative rather than utilizing the blood and guts of “real” gun fire. The splurge gun is basically the catalyst of the story. It pits one kid mob boss against the other. He who owns and the splurge gun owns the city. 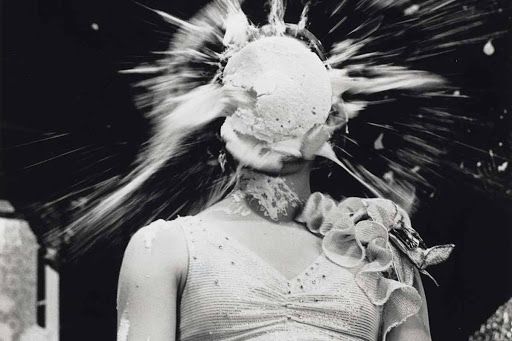 Not only does Parker eliminate adult actors, he miniaturizes the world for its kid actors. The tiny sets of prohibition era New York (filmed at Pinewood Studios in London, England) are amazing. The diverse cast is fitted with custom period piece outfits with elaborate makeup and hair design.   No vintage automobiles are used for the film; period piece pedal cabs replace them. We even get the pleasure of witnessing a pedal cab car chase! The world that Parker creates is truly amazing. 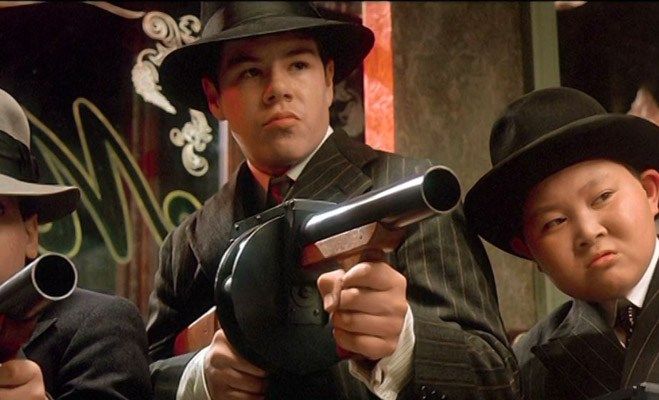 BUGSY MALONE is an Alan Parker film that is usually panned, but should not be ignored. It’s quite a cinematic oddity and achievement. It’s a kid flick worth watching as an adult and introducing to a younger generation. RIP Sir Alan Parker (1944-2020). Thank you for your cinematic genius.