When most people think of John Carpenter’s “Apocalypse Trilogy” films, most people will probably think of his classic work on The Thing. Others might consider In the Mouth of Madness, and Sam Neill’s brilliant performance of a man gradually sliding into insanity. However, Prince of Darkness has the tendency to go overlooked compared to the other two, and this is regrettable. In many ways, Prince of Darkness is a film that’s ahead of its time, and the way it experiments with genre blending results in some clever filmmaking.

The premise of Prince of Darkness is that an ancient evil has been locked away for over two thousand years by a mysterious sect of the Catholic Church. A priest (played by Halloween veteran Donald Pleasence) reaches out to a group of scientists in the hopes of finding scientific support of the mysterious phenomena sealed away in an old church. As one might imagine, the film deals heavily with the themes of science against religion, but Carpenter plays on this in an intriguing way. Rather than putting science and religion at odds, the movie instead presents them as two halves of a larger truth that neither can fully understand alone. Rather than portraying the demon as a supernatural being, Prince of Darkness treats it as a quantum entity that operates on rules that science does not fully understand. Carpenter plays on the principles of Lovecraftian horror and the fear of the unknown, but also on the principle of Clarke’s Law (“any sufficiently advanced technology is indistinguishable from magic”). Because of this, the movie plays on the principles of a horror movie, but with a basis in quantum physics. Adding to this is a mysterious shared dream experienced by everyone within the church, but which turns out to be a tachyon-transmitted message from over a decade in the future. It’s a movie that plays off horror tropes, but all of them rooted in scientific principles that existed in the 1980’s, and that adds up to a unique experience.

For the most part, Carpenter handles the horror tropes well without falling into the traps many other movies of the time fell into. In the first place, the characters are mostly sympathetic, and not the kind of people the viewer might root against. The romance between Brian (played by Simon & Simon star Jameson Parker) and Catherine (played by Lisa Blount) is set up reasonably well, enough that it sells the ending of the film. We get enough time with all of these people that we understand them, and the only character who is actively annoying is the loudmouthed Walter (played by Dennis Dun). Beyond that, Carpenter also makes it believable that most of the investigative team wouldn’t expect anything wrong until it’s too late. The demon gradually lures people away to ambush them, all while the main group has no reason to suspect danger, distracted by the crazy phenomena within the church. By the time the heroes realize what happens, they’re trapped in the church with no way out, left to deal with the demonic entity alone. The movie takes its time in establishing tension and stakes with its characters, all while slowly unfolding the mystery of the demon and the strangeness around the church and the mysterious Brotherhood of Sleep. 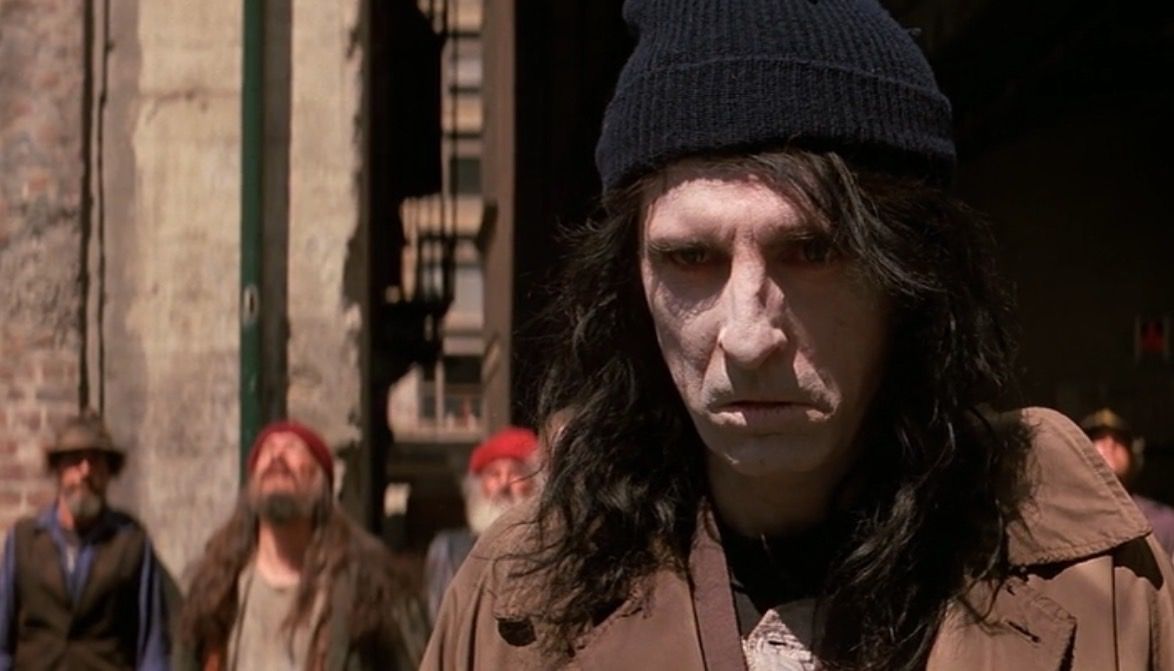 While there is no main star with an overwhelming presence like the previous Apocalypse Trilogy films, Prince of Darkness makes up for that with a great ensemble cast. John Carpenter assembled a cast of his regulars, mostly drawn from his previous films, and it works to strong effect. Donald Pleasence is always excellent in anything he’s in, and he makes the priest a believable character. He’s a an of strong faith, but we also see him doubt for much of the film, eventually realizing that he was sent to the church for a reason. Fans of Big Trouble in Little China will recognize Victor Wong and Dennis Dun, both of whom play extremely different roles but turn in good performances. Wong especially is a good anchor as Doctor Birack, who represents the scientific view but likewise has doubts about his understanding of the universe. While Jameson Parker doesn’t quite captivate the viewer the same way as a Kurt Russell might, his portrayal is solid and he’s a strong enough presence in the film. Carpenter also makes the inspired decision to cast Alice Cooper as the “Street Schizo”, who ends up as a mind-controlled pawn of the demon. Cooper has the perfect look for a horror character, and he exudes creepiness at every point he shows up, even though he’s playing a minor role in the film. The overall cast stands up quite well, and it helps that Carpenter knew how to best utilize each of his actors by this point in his career.

This isn’t to say that Prince of Darkness is a flawless film, much as I love John Carpenter as a director. The movie takes its time in setting up the action, and the early pacing can feel slow. To be fair, some of this is necessary given the sheer weight of the concepts it introduces. We also need to see the relationship between Brian and Catherine grow, because their affair becomes a central emotional point of the movie later. At the same time, it’s well past the half-hour mark before the monster begins to truly show itself, and some impatience is understandable by that point. This is also a film that may take a couple of viewings to properly grasp, and there are some definite “snooze and miss it” moments that clarify what’s happening in this story. On the other hand, this also gives the movie some good replay value, and that’s never a bad thing. The Walter character can also be quite irritating; it’s clear he’s meant to be the conflict character, but he doesn’t get enough sympathetic moments to offset his jerk moments. This is not the fault of Dennis Dun, who’s a good actor, but more a result of the writing not giving him enough to work with. Still, these issues don’t really detract from the overall experience, and some of them even contribute to it in other ways.

If you’re a fan of John Carpenter’s horror films, Prince of Darkness is a film you should eventually look into. In many ways, this movie shows impressive foresight, especially with its focus on quantum physics, and it surprisingly still holds up after all these decades. This is a movie that doesn’t hold your hand, and you may come away from the first viewing wondering what exactly this film is. However, it’s a movie that rewards patience and repeat viewings, and it remains a fascinating experience because of the narrative’s complexity. It’s also a film where the scares are built on practical effects, not modern visual trickery, and that adds a visceral impact to the film. John Carpenter made an underrated film that may have been too experimental for its time, but it’s also a film time has been kind to. If you’re interested in a different kind of horror film for Halloween, then Prince of Darkness is a good one to check out.

All-new clip for “Batman: Death in the Family”! Blu-ray arrives in Six Days!!!

By Lance Lucero 6 days ago