With Batman Day come and gone, it’s worth turning attention to the Caped Crusader’s team-ups with the Man of Steel. In recent years, their relationship tends to be characterized as more of a rivalry, rather than two heroes with common goals but differing methods. While the most often cited team-up on screen is the divisive Batman vs. Superman: Dawn of Justice, there are other matchups between them that are worth considering. One such film is the animated Batman/Superman Movie, which is based on the “World’s Finest” three-parter that was shown on Superman: The Animated Series. 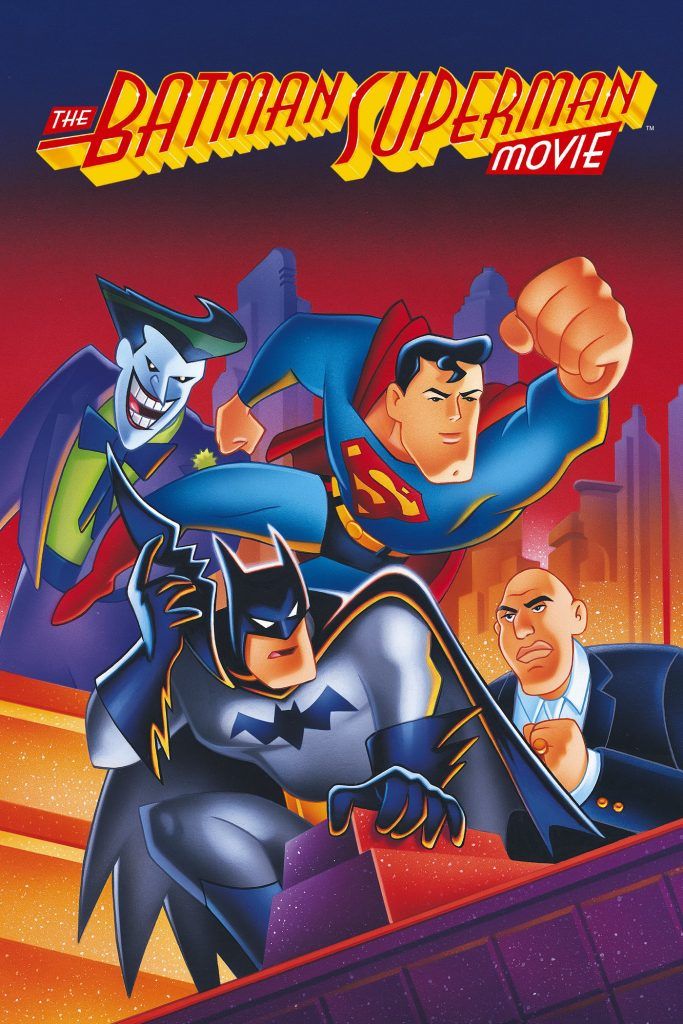 The basic setup to the Superman/Batman Movie is straightforward within the context of the animated DCU. The Joker steals a statuette made of solid Kryptonite, and strapped for cash, he turns to Lex Luthor with a proposition. Joker offers himself as an assassin to kill Superman, which Luthor agrees to, so long as it doesn’t connect back to him. Meanwhile, Batman discovers the theft of the Kryptonite and traces the Joker to Metropolis, leading to a team-up with Superman against the two arch-villains. While this is not a brilliantly inventive setup and this movie doesn’t do anything shockingly innovative, it works well enough for this kind of story. The plot moves from point to point and it is often predictable, but that’s not the point of a story like this. The film is more of a crowd-pleaser story that draws its entertainment value from the characters it uses, and on this level, it works quite well. It’s fun to watch the first animated meeting between Kevin Conroy’s Batman and Tim Daly’s Superman, and it does not disappoint at all. While the love triangle between Superman, Lois Lane, and Bruce Wayne ends much as you’d expect it to, it adds another level to the friendly rivalry between the two heroes, and Lois has some excellent moments in this. However, the real joy is the interaction between the villains, both between Luthor and Joker and their respective assistants, Mercy Graves and Harley Quinn. All the characters are given proper respect and are appropriately written, and there’s satisfaction in watching these characters interact. 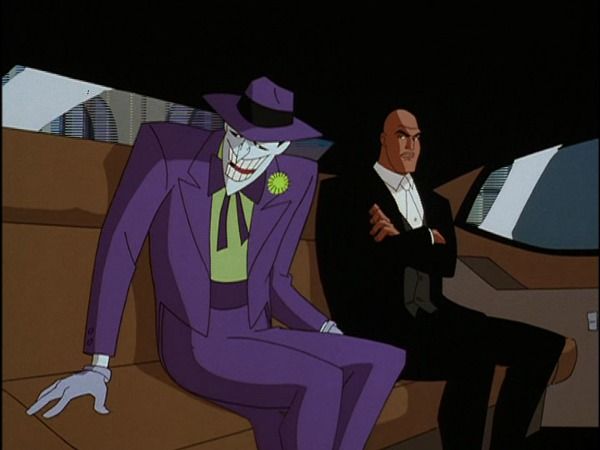 The voice talent brought to the film is nothing short of outstanding. The DCAU has always involved the best talent on DC’s best characters, and they bring their top game to the Batman/Superman Movie. Kevin Conroy is still the greatest actor to ever work on the Caped Crusader, and he’s given some good material to work with, both as Batman and as Bruce Wayne. The Bruce Wayne identity is given much more to do than usual, which allows Conroy to stretch his talents in both roles. Tim Daly is always a good Superman, but the presence of Batman raises his performance, and he does well at keeping up with Conroy in this film. Dana Delany plays the center of the triangle in this film, and she does so admirably; her attraction to Bruce Wayne feels natural, and Delany’s audible annoyance with both heroes leads to some great Lois moments in this story. The real standouts, of course, are Mark Hamill as the Joker and Clancy Brown as Lex Luthor, both of whom are flawless in their respective roles. Brown’s voice is powerful and authoritative, and he always excels at presenting menace in his villainous roles; the result is a dignified take on Luthor, even in the face of Joker’s best attempts to humble him. Mark Hamill is a natural show-stealer as Joker, and he is in this film as well, working with some excellent lines. He strikes a good balance between madcap humor and insane villainy, and his vocal performance is always charismatic and interesting to listen to. Even Harley and Mercy get some quality moments in this film, and Arleen Sorkin and Lisa Edelstein make the most of them, particularly during the fights between the pair. There isn’t a single weak link in the chain in this cast, and the performances live up to the anticipation of seeing these characters together.

There are very few real negatives when it comes to the Batman/Superman Movie, at least on a technical level. The worst criticism that can be leveled at this film is that it largely plays it safe and predictable with the material; it’s not hard to guess where the story will go, especially if you understand story structure. The scenario of using the Joker to offer to kill Superman brings the villains together, but it’s also one that offers little real tension. We know that the writers would never seriously kill Superman in a way he won’t come back from. The story also occasionally plays up the rivalry between Bruce and Clark a little too much at times, though it’s possible to read a growing friendship between the rivalry if you choose to interpret it that way. At the end of the day, a good Superman/Batman story should show why these two men are friends, what they have in common that transcends their respective differences. Mostly, this movie succeeds in that goal, though it would have been nice to see more of their friendship developing. Still, it does well enough in what it needs to do, and the crowd-pleaser elements overcome the film’s predictability. 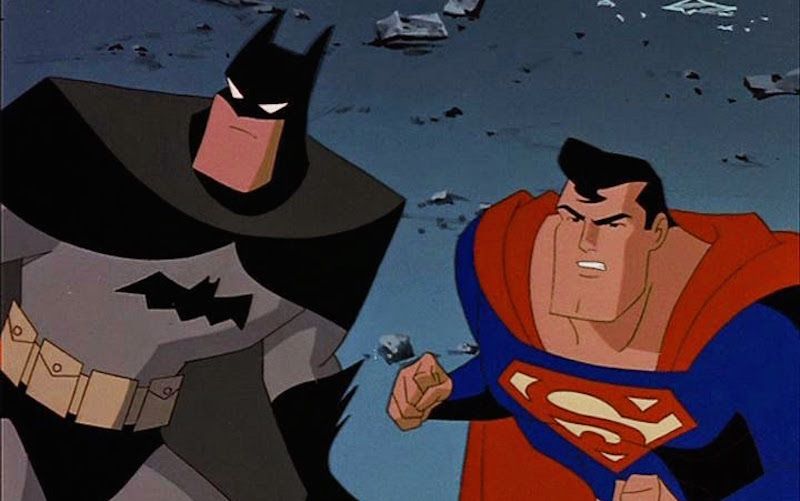 If you’re looking for a fun, well-written Batman/Superman teamup, The Batman/Superman Movie will more than scratch that itch. If you’re looking for anything deeper than that, you may be disappointed by the obvious plot swerves. Don’t expect anything on the level of Batman: Mask of the Phantasm with this film. At the same time, this film offers a good, strong experience featuring two of the best characters in the DC stable as well as their iconic villains at the top of their respective games. The Batman/Superman Movie embraces what it is and achieves its goals as a team-up movie, and there’s nothing wrong with that at all.

Get Saved By the Bell in November’s Loot Crate DX!

By Al Mega 5 days ago

By Al Mega 5 days ago

By Steve Sellers 6 days ago