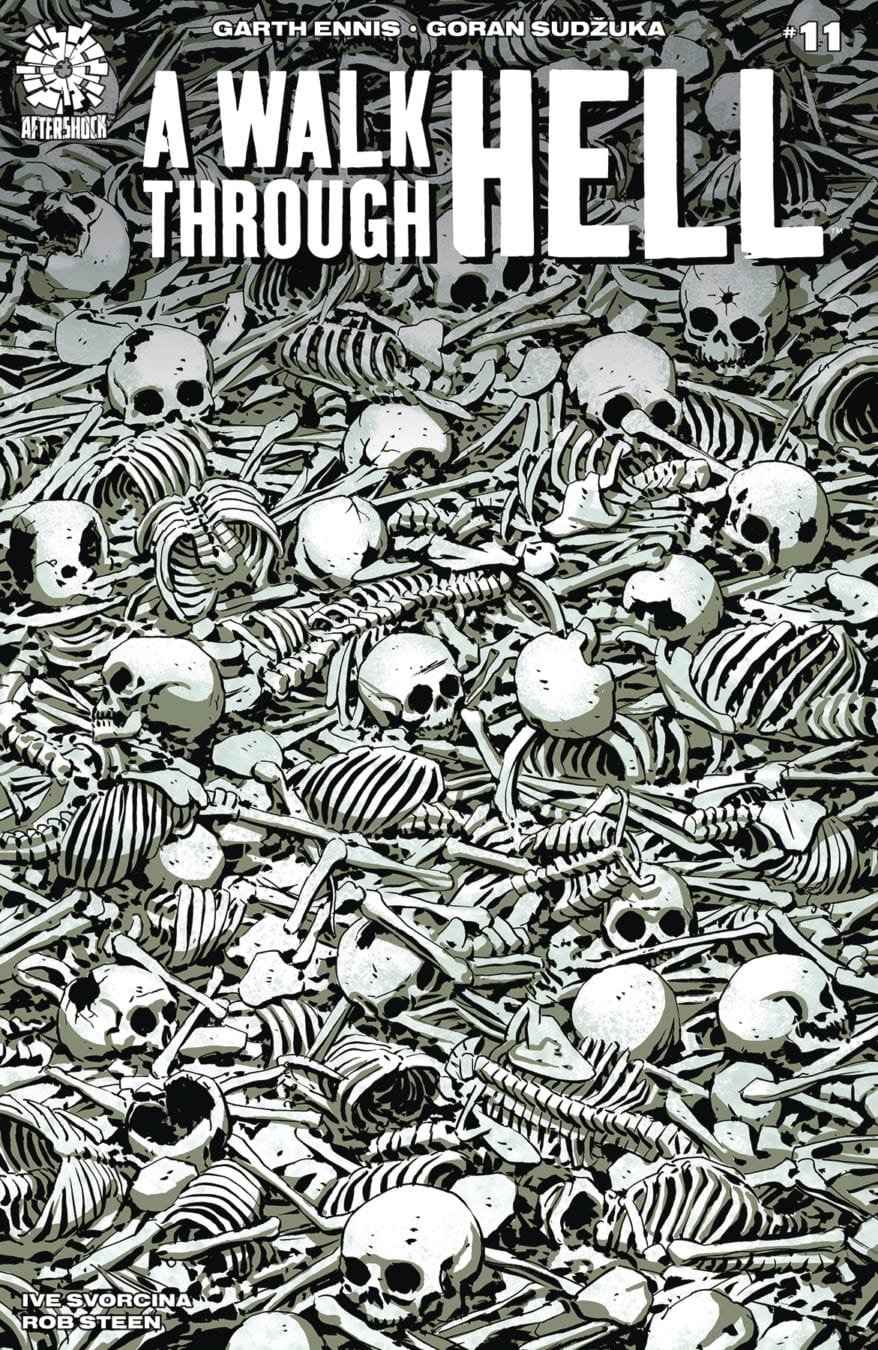 Recently someone asked me for my opinion on the best indie comic book to read thus far in 2019.  I actually declined to answer, not because there aren’t any, but because I was too afraid of leaving one out because of my forgetfulness.  Here as an example I leave you with A Walk Through Hell.
What started out as the story of two perfectly emotionally paired FBI investigators (She’s ice cold and calculating, he brings warmth and empathy) takes a drastic turn when an open and shut suicide case undergoes a dramatic change that sends them down a road of death and destruction literally.
What has been interesting thus far about “A Walk Through Hell” has been the six or so vignettes that we have been presented with thus far, that followed and displayed the complicated, loosely connected backgrounds of the FBI investigators tasked with stopping a monster incarnate. The series continues to display  a fearless willingness to tackle heavy social and political issues blended with ethical relativism and a dash of theological quandaries.
It has taken about 10 or so issues for A Walk Through Hell to ease up on trying to scare the crap out of its readers and started to try to give its readers some sense of certainty, for better or for worse. The next step of Shaw’s  journey through purgatory may be the most fascinating.
So here’s the part where I gotta throw shade at some of those other so called reviewers… Every week I see a review where the complain and bitch about a lack of depth to the characters, or a lack of story development, or world building or bad art. Well here’s a story with all all of it done well, so whats your problem now?!  Look I get it,  “A Walk through Hell” doesn’t have the Cat in the Hat formula some are used to…but the bread crumbs left by Ennis are all over the place.  Take for instance these Bible passage in a past issue…

“He will wipe away every tear from their eyes,and there will be no more death or mourning or crying or pain.”

Kinda mundane right? Until you go back Revelations Chapter 21 to see the context of the passage…

Then I saw a new heaven and a new earth, for the first heaven and earth had passed away…
I heard a loud voice from the saying: “Behold, the dwelling place of God is with man,and He will live with them….The one who is victorious will inherit all things, and I will be his God, and he will be My son.
But to the cowardly and unbelieving and abominable and murderers and sexually immoral and sorcerers and idolaters and all liars, their place will be in the lake that burns with fire and sulfur. This is the second death.”

So dear reader in other words this issue is not just another “filler”.  This is a breather so you can get your bearings straight.  Please try and catch-up.
CRUSADERS SCORE
Written by Garth Ennis
Illustrated by Goran Sudzuka
Colored by Ive Svorcina
Lettered by Rob Steen

By Johnny "The Machine" Hughes 14 hours ago