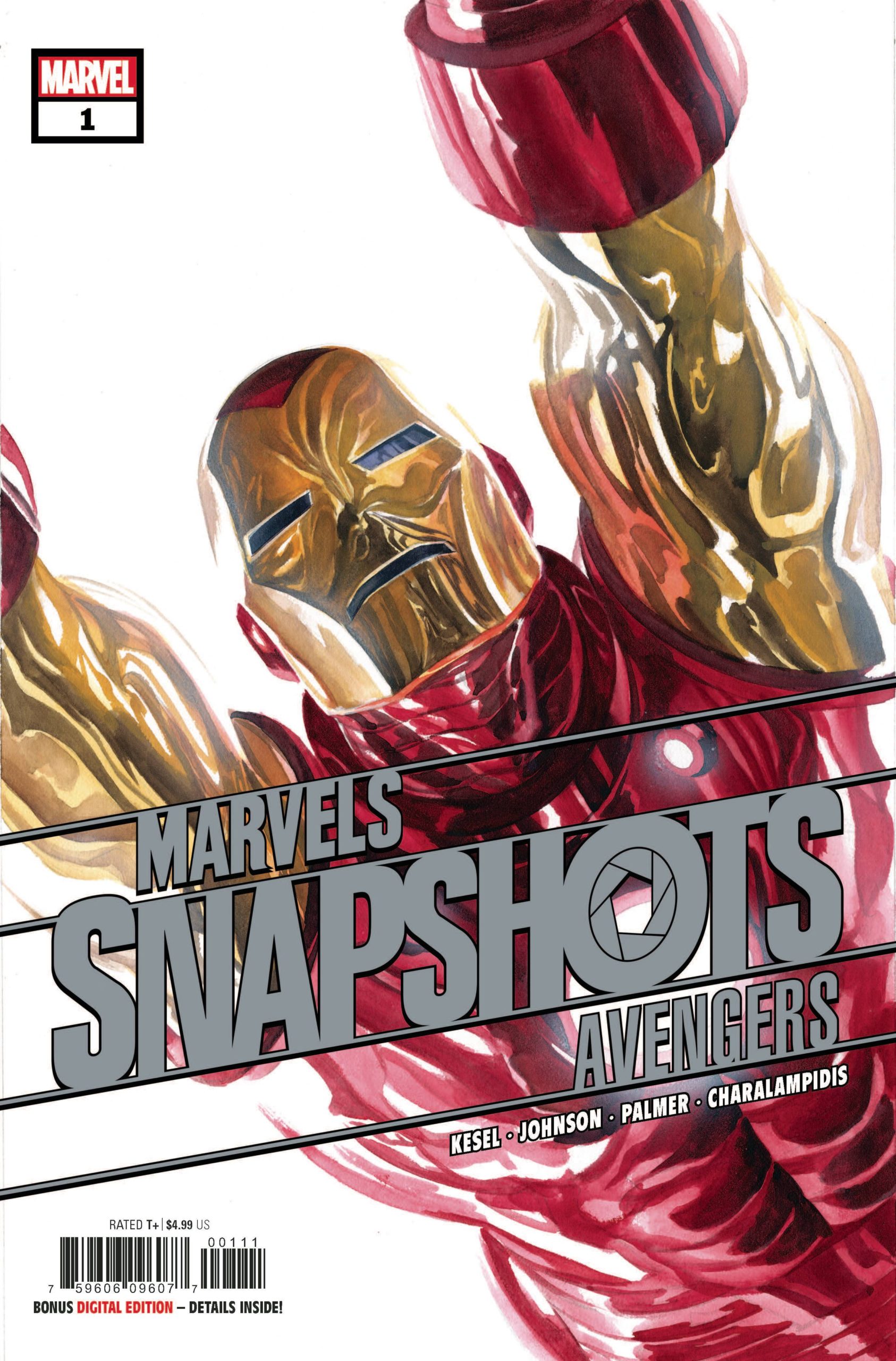 There is a fine line between a tribute and a parody and unfortunately due to awkward dialogue throughout this issue, it falls over into parody and stays there. This is a story that wants to be deep, meaningful and respectful of everyday heroes. Instead it feels like a bad romantic comedy with superheroes as a backdrop.

Kerry is a down on her luck paramedic whose living conditions keep getting complicate by superhero battles. She exchanges painful teasing remarks from a number of friends and neighbors before running into a giant robot attack. As she works to bring others to safety Kerry a paramedic meets Jay a cop. They take civilians to bunker just as the Avengers arrive.

As the battle rages and they tend to the wounded, Kerry, Jay and the civilians exchange comical, heroic and inspirational stories about their encounters with the Avengers. The story ends with the revelation that Jay had an impact on Iron Man due to an argument with a drunk Tony Stark about the importance of looking out for the little guy. This led Iron Man to give him a beeper which Jay then uses to call Iron Man to save one of the victims in the bunker.

The story is unbearably cliched but if executed well it could have been a nice tribute to the role of cops and paramedics in a world full of superheroes. Instead the poor dialogue and easy answers actually hurt the great legacy of the Marvels tales it wishes to emulate. The book is also hampered by having flashbacks within a flashback framework which makes the reader more and more distant from the action. The art is similarly disappointing with very standard art bringing no joy, style or feeling of awe to the proceedings.

This book proves how incredible the work of Busiek and Ross on the original Marvels books truly was. Making a solid, believable story about people living their everyday lives as they run into heroes can be a beautiful treat. Unfortunately, done badly it is a cloying parody of the stories and characters it celebrates.

By Johnny "The Machine" Hughes 2 hours ago

By Lucas Fashina 2 hours ago

By Johnny "The Machine" Hughes 9 hours ago

PREVIEW: The Philosophy of Spider-Man

ABLAZE bringing “Diary of Nerd” to nerds everywhere this February