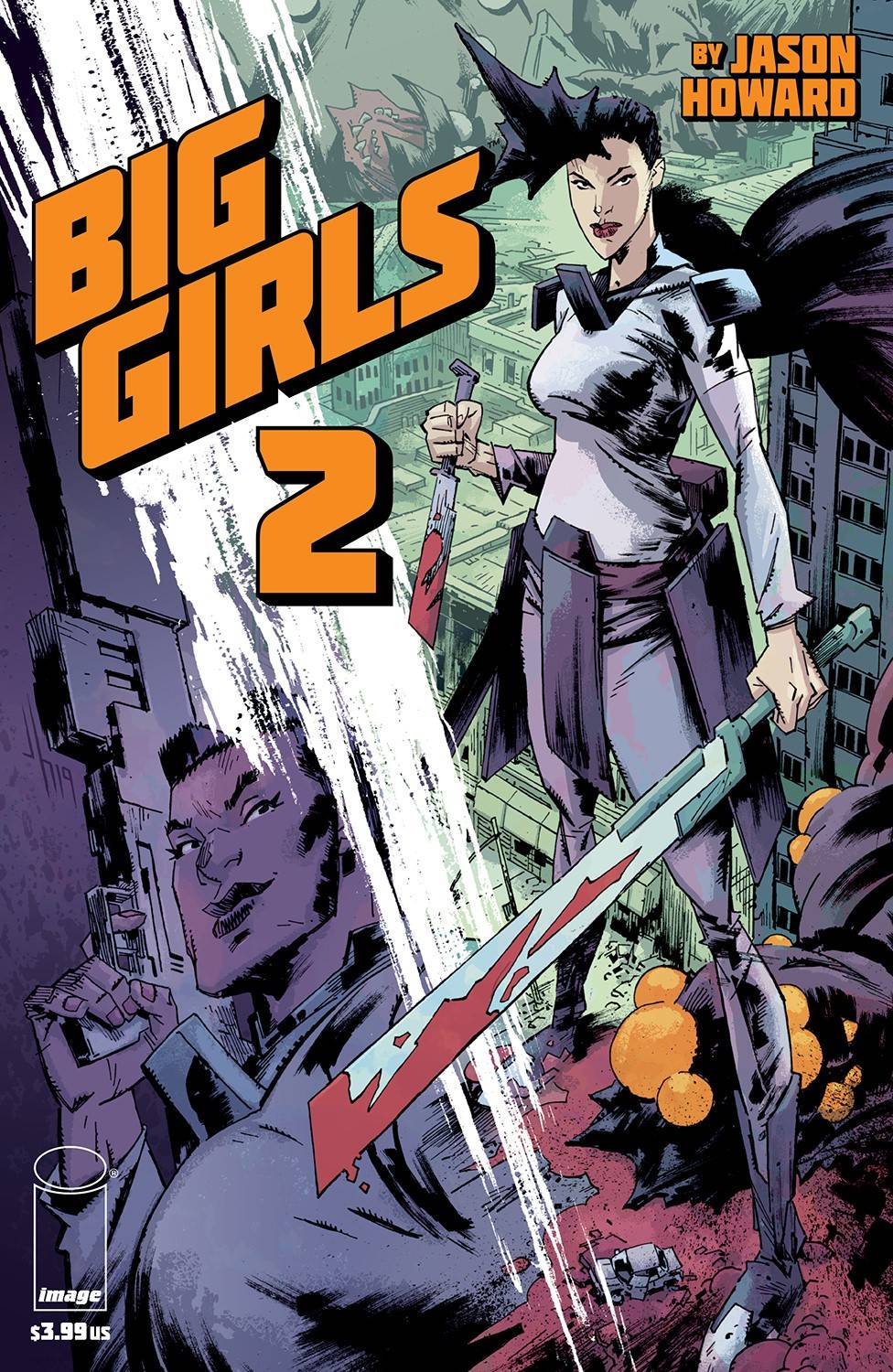 One of the best bits of any Power Rangers series is when the Megazord goes head to head with a variety of enlarged monsters; it’s as if the spirit of Godzilla versus Mecha-Godzilla lives on in every episode.  Taking this idea and throwing some gender on it is creator Jason Howard.

At its core, the idea is that in the Big Girls world, men become giant monsters, called Jacks, leaving the girls to grow and take them down.  Simple enough right?  The book though focuses on Ember and her mentor / trainer Apex.  Ember is the rookie of her group; the cow-girl as it were.  Still she has some talents, even saving a fellow Big Girl in Devon.  With all this going on, if you expected a monster style book, you are going to be surprised.

Taking the writing first;  Jason Howard does a great job in just living in the books world.  There isn’t a great deal of exposition to get the reader caught up; the one scene where there could feasibly be some explanation of the world, Howard wisely keeps to some real world issues.  Hidden between the monsters and the girls, kind of like the buildings and their inhabitants that makes up the battlefield, is a world turn asunder with different politics driving things forward.  Howard, wisely layers on these elements between battles before starting to unravel his status quo with a clever cliff hanger of sorts.  The dialogue between the girls is fun even if it’s a little clichéd in places.

Howard’s art has an odd elongated look to it that is reminiscent of the Aeon Flux cartoon.  It does take a little bit of getting used to, but once there I enjoyed the art.  There is a chaotic feel to it, which fits given that the world is at war with the Jacks.  The facial elements are an angular affair which does make some of the emotional aspects interesting to say the least.  Howard also supplies the colors for the book and does a great job; making the buildings a uniform nondescript color allows for the girls and the Jacks really stand out.  As the story progresses, the colors mature well to give the world a desolation vibe.  Letters are supplied by Fonografiks with some visual inflections to go along with an easy to read font style.

For what I thought was “just” a monster book, I was both surprised and pleased.  The story reads well, with some well paced elements that lead in to the main flow and direction of the story.  Jason Howard has done an incredible job in creating a world that is more interesting and intriguing than I expected.