“Know o’ Prince, that between the years when the oceans drank Atlantis and the gleaming cities, and the years of the rise of the Sons of Aryas, there was an age undreamed of…”.  It doesn’t get much better than this.  Marvel has chosen to open each of their Conan books with the expanded form of that quote from “The Chronicles of Nemedia”.  Cue the music in your head, you know you hear it; the underlying bass and primal beats of the “Anvil of Crom” from the opening credits in “Conan The Barbarian” (1982) featuring Arnold Schwarzenegger.  Without missing a beat, Conan writer Jason Aaron (Hellblazer, X-Men Schism) picks up the ball from that amazing intro and runs with it in Conan #4.

Ironically, after that stirring introduction, this issue of Conan is all about the struggles Conan faces after elevating himself to the throne of Aquilonia.  Because of his fame and status, Conan draws the ire of Aqulonia’s King Namedides .  Conan rebels against the jealous king and subsequently slays him, strangling him in his own throne room.  Having slain the king, Conan places the Crown of Aquilonia on his head and elevates himself to the throne.  However, like many people who are called to action, the relative inaction of actually ruling a kingdom is a poison to one such as Conan.  This is an age old theme that has been examined and written about by philosophers and poets since ancient Egypt;  the idea that the most dangerous enemy a warrior can face is one he can not defeat, civilization.    This proves to be doubly true for Conan, the staid duties of ruling a kingdom making him physically ill as well 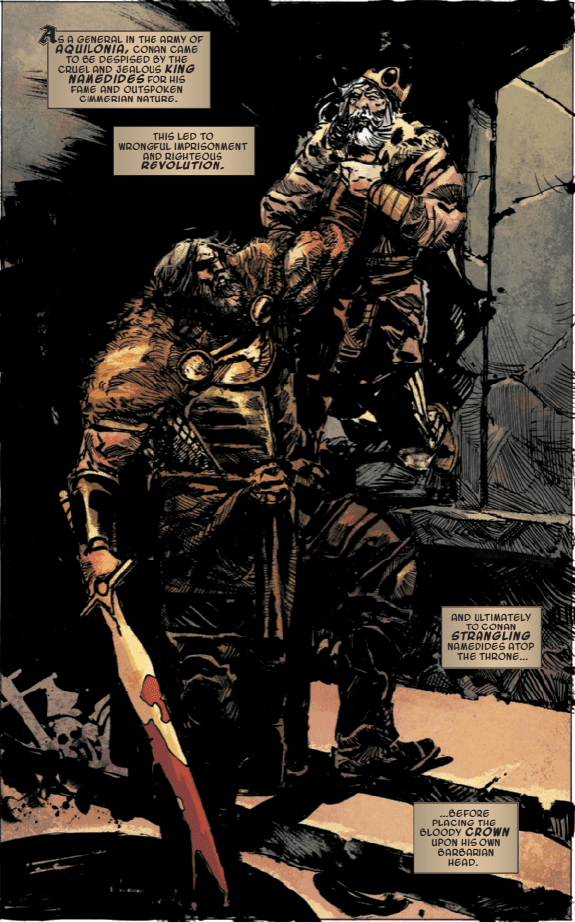 as spiritually void.  Mirroring his lethargy, Conan finds a kindred spirit in a captured lion who was gifted to him when he ascended to the throne.  The two becomes companions in misery until Conan finds the means to lance the festering wound that has poisoned his soul.  Advised daily of the various problems in his realm; those briefings include updates on various criminals and ruffians in his realm.  Seeing an opportunity, Conan sneaks out at night to deal with these problems in his own barbaric way.  Eventually he is joined by his feline friend and the two forge a new legend; a legend of avenging figures that terrorize the wicked of Aquilonia. 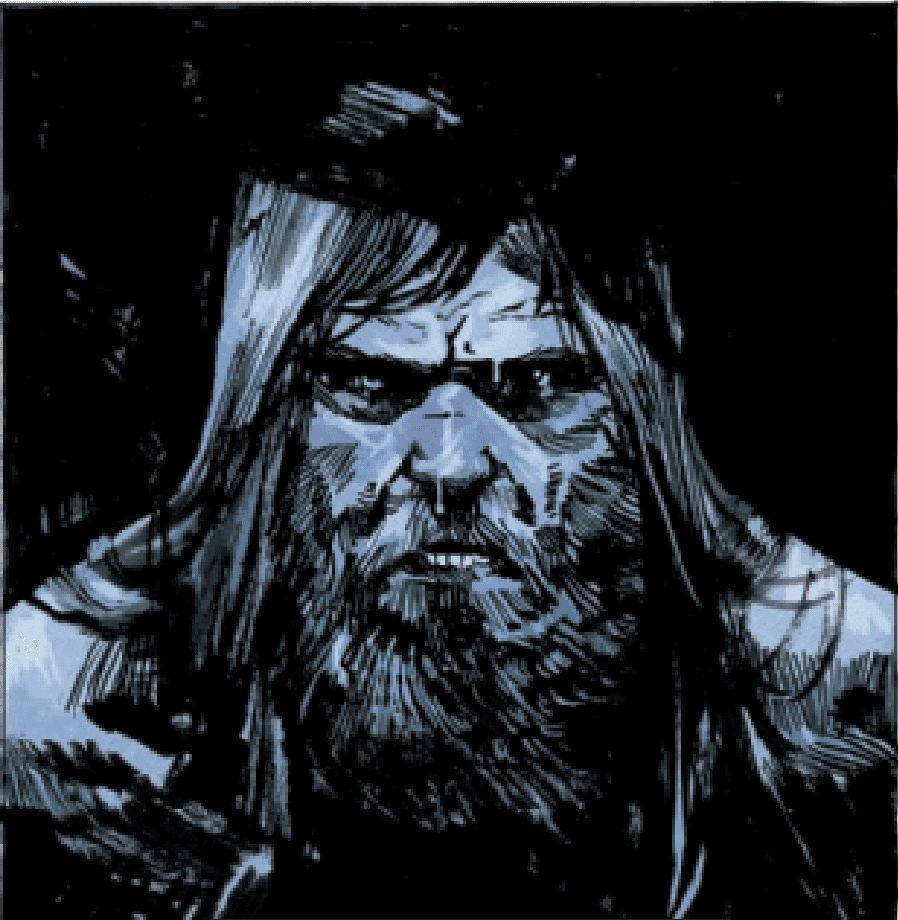 This book is an entertaining one shot that fits in nicely with the reams of Conan stories that have come before it.  I greatly appreciated this particular setting, one that is often overlooked when people write about Conan.  This idea that the most dangerous foe a warrior can face is the civilizing influence of civilization is an old one.  Pitting Conan, one of the most iconic warriors in fiction, against that implacable foe is both enjoyable and enlightening.  The artwork by Gerard Zaffino is technically very good.  That said, I’m afraid I find the presentation to be sloppy and somewhat chaotic.  While I can find no fault with the technical aspects of his art, I must admit that I am not a fan of the style in general and there were many times I wished that the book was drawn differently.  When one contrasts the interior artwork  with the art on the cover, I can’t help but wish that the art style was more like the latter than the former  Nevertheless, this is a very fun book and an interesting read, one I recommend.