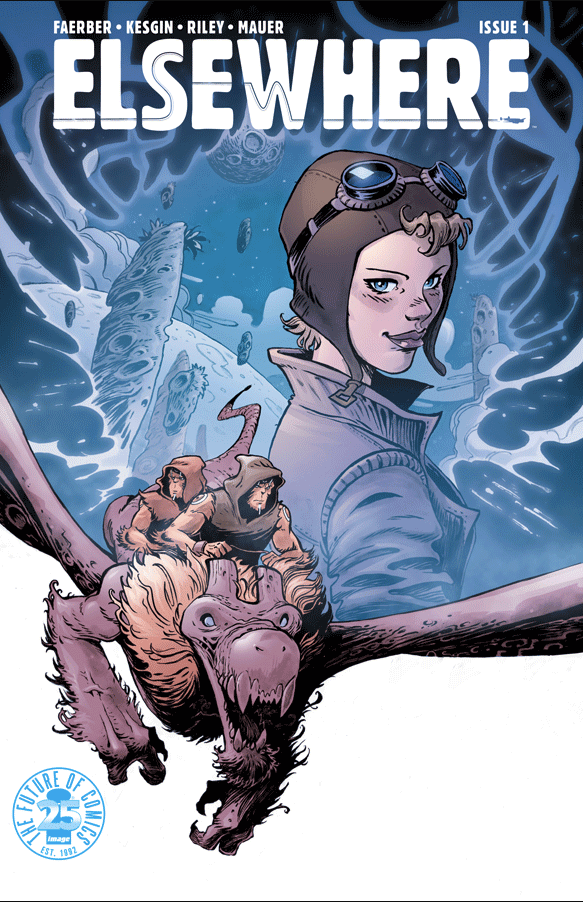 Amelia Earhart’s strange disappearance in 1937 has continued to fascinate historians to this day. Many books have been written on this inspiring and exceptional person. Myths and theories explaining her disappearance include her plane crashing and sinking or that she was captured by Japanese forces. This issue throws in a science fiction theory that she and Fred Noonan crash landed on an unknown planet and she was thrown into an adventure that includes infiltrating a tyrannical ruler’s fortress. While we have seen Amelia thrust into science fiction stories before, notably in a 1995 episode of Star Trek: Voyager (that episode also involved aliens abducting her and Noonan). This book attempts to take a unique approach, full of action, mystery, and intrigue.

This issue puts Amelia front and center. She is the star of the book and a likable character. The real Amelia Earhart was known to be cool under pressure, courageous, and persistent. We see that same person depicted here. She is full of wonder and ready to jump into action, but we do see some panels that show her human side. She is feeling overwhelmed but she doesn’t let it get to her and she admirably presses on. Amelia makes for a great hero in this type of story.

The story in this issue is all about introducing Amelia and her supporting characters and building up the mystery. I appreciate that many questions are asked, but not a lot of answers are given. For example, how did Amelia and Noonan get to the planet? Why are the alien creatures appearing to speak English and able to understand Amelia? We also get a lot of dialogue explaining how much of a tyrant Lord Kragen is, but we don’t actually see much of him. This is a great use of restraint. Of course, we leave the issue with a nice surprise ending.

The art is cartoony and very expressive. Amelia and her friends, Cort and Tavel, are charming and the action is very dynamic. However, outside of the initial pages, we do have a lot of panels that are light on background detail and rely on the impressive color work to help build up this alien world. Ron Riley’s colors support the art extremely well. I don’t know if the alien world building of this issue works without Ron’s impressive colors and the interesting purple-heavy palette he uses. I liked the main cover. It puts Amelia front and center and has eye-catching composition. It does this while also showcasing the alien background and supporting characters.

This book is a fun adventure story that does a great job of not giving too much away. It asks more questions than delivers answers, which is great for a first issue. The pace is very fast and the book wastes little time in getting off the ground (pun not intended). I am genuinely intrigued to see how this story plays out in future issues.