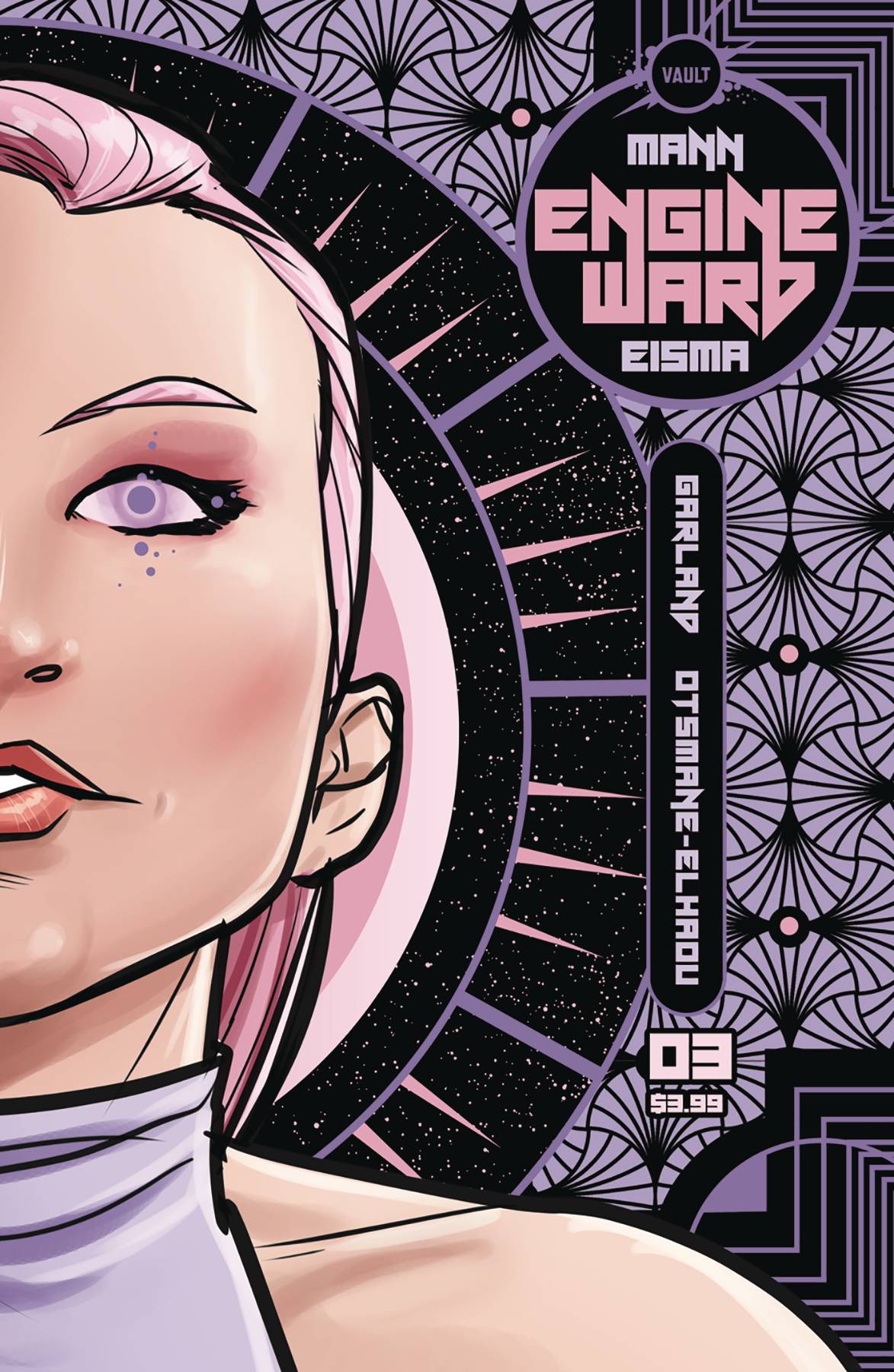 In the previous issues of Engine Ward, Joss, an Engine Ward, (Desert Scavenger) discovers and reactivates the head of a Cyborg Ghoulem.  She believes the game changer might be the Ghoulem, whose mission was to deliver the last biological remnants of an ARC, a lone seed.  Now Joss, is determined to put together an expedition to recover the seed from the wreckage in the desert. Because it could be an end to much of the planet being barren, dry, and infertile.

In the meantime the Celestials, have received an automatic notification that the Ghoulem was turned on. The big issue for them is that all of the ghoulems were supposed to be destroyed.  With the head in the hands of the Engine Wards, the celestials now fear that the Engine Wards now have access to technology, and knowledge that could usurp their rule.  The Celestials have launched a recovery team determined to locate and recover the Ghoulem or destroy it.

The art for Engine Ward #3, was done by Joe Eisma.  This issue, was more of a setup issues so Eisma didn’t really have room to open up the throttle.  Save for the last page and the panel that look eerily similar to Da Vinci’s Last Supper.  But overall the lines and the coloring were still well done.

George Mann’s vision for Engine Ward #3, seems to be focused on setting the parameter for the mission and getting Joss, and the crew along on their journey.  As if the limited timeline that they have till the Celestials show up isn’t enough, they will have to survive Shades and monsters as well.  I do respect the purpose of the inter-dialogues of the characters to highlight meaning, but without the second issue I tended to get lost in the universal vocabulary that was being utilized.

From this point on I see Engine Ward as being on the precipice of either being one of the best ideas out there in comics or being lumped into the heap of could’ve beens, and easily forgotten!

DAVE MCKEAN’S ‘RAPTOR’ TO BE PUBLISHED AT DARK HORSE

Your First Look at ONCE & FUTURE #14 From BOOM! Studios