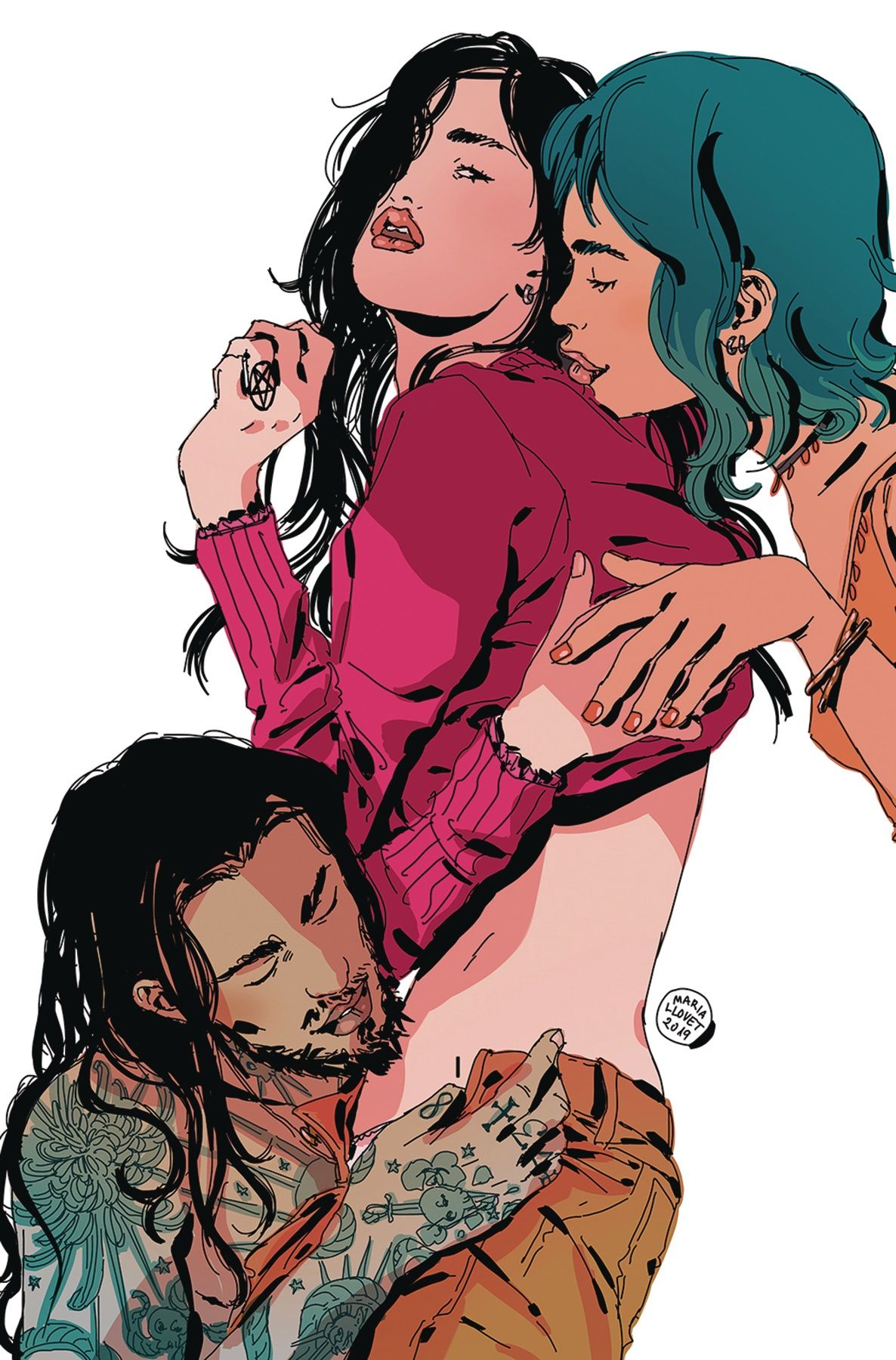 You gotta love the vagaries of the comic book industry. In the same month that Brian Azzarello pens the god awful, supposedly “Black Label” Birds of Prey, he also has the first issue of his occult sex thriller, Faithless II hit the rack.  I am not sure you can get two more polar opposites from one creator; I do know which Azzarello I prefer.

As with the first series, Faith is at the centre of everything.  Now sequestered in Turin, surrounded by the creativity and the magic of the place, her art gains a new following.  But fame comes at a price, be it the pressure to “arrive” as the next big thing or the sense of failing her mentor.  Throw into the mix the fact that Faith is in a relationship ménage a trios with the devil and his daughter and you have yourself a heady brew of magic, mysticism and orgasms.

Brian Azzarello has created a world that at first titillates, before moving you onto seedier grounds.  This book isn’t for the fainthearted in any shape or form.  Sure the idea of a sex occult thriller sounds fun, but as they say, the devil is in the details.  Azzarello has extended the relationships between the characters well, whilst still keeping some of the original charm; Poppy not wearing panties for example.  I enjoyed the whole discussion of the fear of the blank canvas; I am sure that every creator has felt that pain.  The rest of the dialogue is setting up the fun(?) of pretentiousness,  with Faith acting in a manner of style over substance, a choice that actually feeds into her fears.

The art is provided Maria Llovet who again joins Azzarello for this series.  Llovet has a style that whilst intimates environs and locales, can offer a range of intimate details.  Be warned, there is a level of graphic sex in the book which may not suit everyone.  In fact, it’s the level of possible debasement that could be argued shows how far Faith has fallen since hooking up with boyfriend and girlfriend.  Parts of the book confused me at times; it was only by taking time to read the page again did I recognised Faith as the say nothing artist being non-interviewed.  There is a kind of dirty worldliness about some of Llovet’s panels, which I liked.  Part of this is the excellent colors used by Llovet; the muted approach works well and gives the red shown the visual impact it deserves.  Letters are provided by AndWorld Design, who gives the font a kind of almost off line look.  There are a range of covers available for this book, ranging from Mirka Andolfo to Tula Lotay and of course Llovet herself.

Touted as a jump on point, this book manages to introduce and develop at the same time, setting up Faith’s next challenges, which I am sure will be just a daunting as that dreaded canvas of white, just waiting to absorb her creativity without feeling or remorse.

By Johnny "The Machine" Hughes 12 hours ago