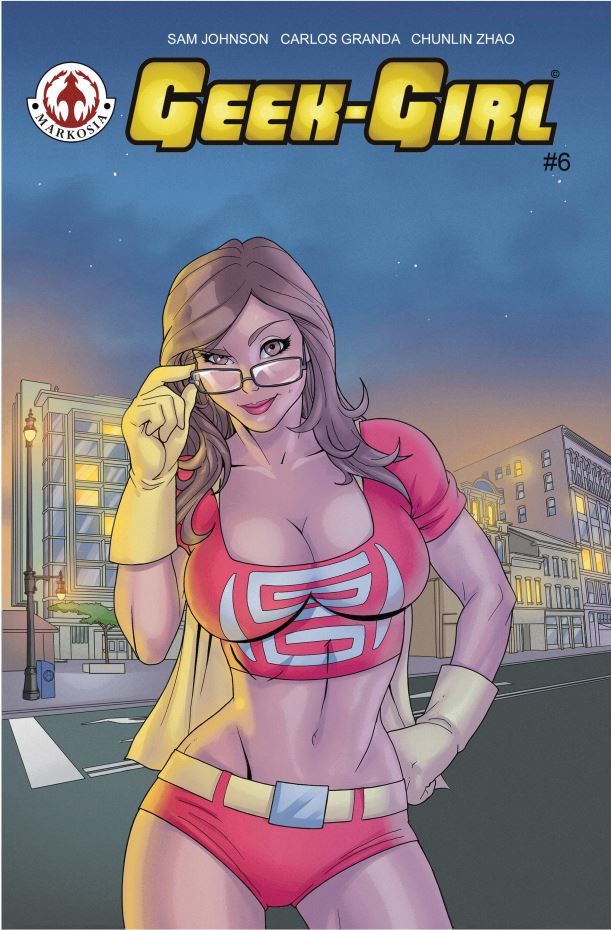 Geek-Girl #6, written by Sam Johnson (The Almighties), is a pleasant step back into a different era of story-telling.  However, while this book hearkens back to villains and heroes of  yore, more on that in a bit, it is also fresh and up to date in its characters, setting and story-line.  All of this comes together into a thoroughly enjoyable experience that is fun super-hero fare.

Johnson starts this new Geek-Girl arc with a prologue, introducing us to two characters who have opted out of a newly formed super-hero team featuring the titular character.  The two characters, whose adventures are available in digital format on Facebook and KickStarter, drop the new team after the plane they are travelling on is attacked by a villain.  Seemingly, this attack is meant to kill the new team members and prevent the team from being formed.  Meanwhile, Johnson also gives us a pleasant look at team building within the team while giving us a glimpse into the street level crime in the city.  Johnson’s writing style is straight-forward and easy to follow though it does lack nuance and greater depth on occasion.  However, this does subtract from the charm of the story but rather adds to it; giving the book a retro feel that hearkens back to silver age comics.  For added retro flair, many of Johnson’s 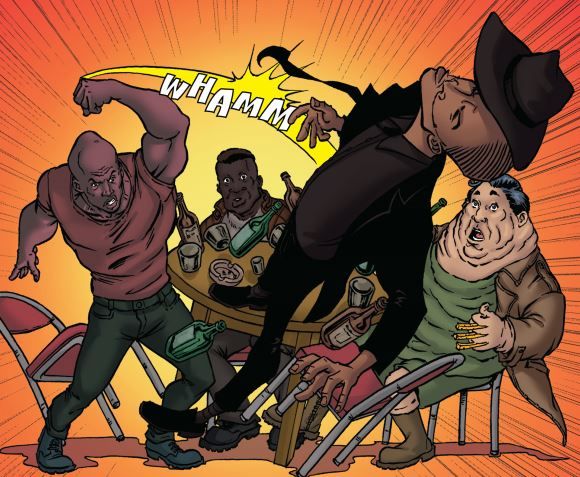 characters are ridiculous in all the right ways.  One street level criminal is called Papa Potato and is drawn with a suitably potato shaped body and face.   Likewise other villains share similar monikers and appearances.  This hearkens back to the golden age Dick Tracey and comics of that era.  This was such a pleasant surprise and quite a departure from the glut of books that focus on gritty hyper-realism and can sometimes lapse into depressing reflections of the real world.

The art and color, of Carlos Granda and Chunlin Zhao respectively, is a mixed bag for me and I was unsure of how to feel about it.  Let me explain.  Most of today’s books, especially those of large publishers, has evolved into a refined and highly polished art form with advanced foreshortening, perspective and shading techniques used as a matter of course.  In short, the comic art world has taken drawing comics the “Marvel way” and run with it to the nth degree.  Because of this, it is easy 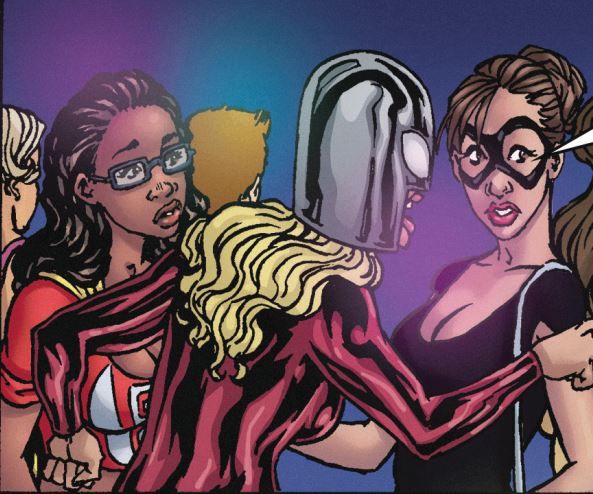 to forget that there is a different way to draw comic books that is just as effective in telling a story.  In addition, when four color printing was still mainstream, it was impossible to achieve the kind of color you get with digital painting today.  Granda and Zhao both use retro techniques, with a modern twist, to deliver this story.  Granda’s art is professionally done but comes off as flat and lacking dynamism at times.  Zhao’s color is likewise tight but lacks the detailed depth of color and shading one often finds in a more polished book.  The question remains though, is this intentional?  I think the answer is yes, especially considering the color blending Zhao does use while sticking to two tone shading.  So this is my dilemma.  While I recognize the retro, more innocent feel, to the look of the book; it feels subpar to many modern books.  Retro, but in a negative way.  Because the art is rendered so well I can’t give it a bad score but my overall impression did subtract slightly from the score.

All in all this book is quite fun to read and pleasant to look at.  The story and characters are fun and beckon you into their world, making you want to know more.  Any book that can do that is deserving of the moniker comic-book imo and is a worthy addition to your collection.  I recommend this book to anyone who is fan of classic comics or just good ol’ capes and tights.

Geek-Girl #6 is Out Now and available in Regular, Digital and Variant editions at http://geekgirlcomics.com