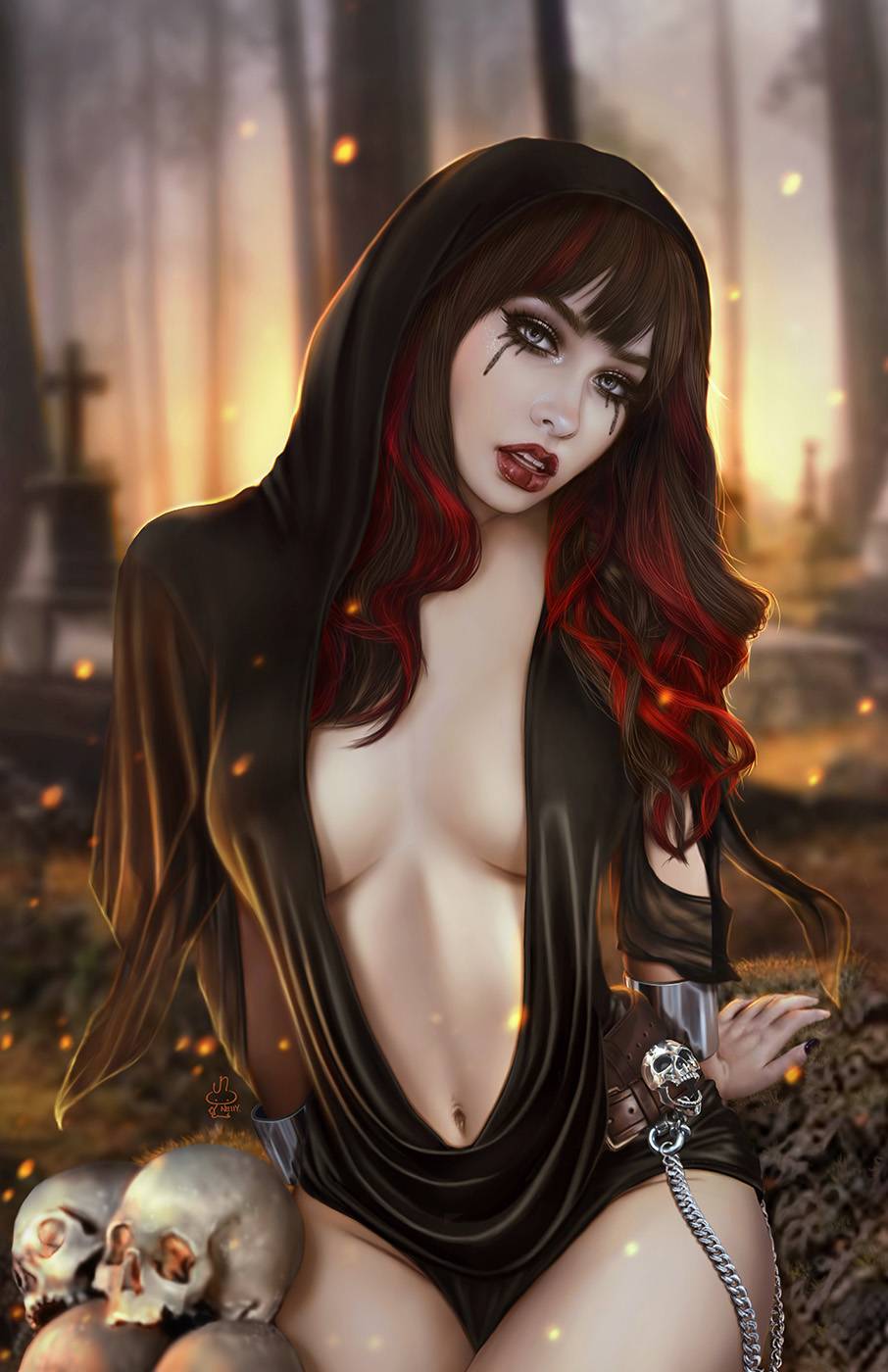 Every year I take time out to read this book.  For me, Zenescope books are something of a guilty pleasure.  Sure, the covers can be a tad salacious and mis-representative of the interior art, which can be inconsistent with everything but the state of undress for a number of their female characters.  But you have to applaud a company that is sticking to their USP, who have had a level of success with various mini-series’ and longer series and of course these specials, suited as they are for Halloween!

This book features an anthology of three stories with the usual suspects Joe Brusha, Ralph Tedesco and David Franchini credited for the story, with Brusha credited as the writer.  The trio take on three different aspects of horror in torture porn, monsters and voodoo all introduced and bookended by Keres the goddess of death.  Brusha does a great job of hitting the high notes of each trope.  Reading the book, I was genuinely impressed by each of the stories.  The twist in the first story was a little unforeseen so had the required impact, though the timeline felt a little wonky in one place.  The second story, featuring a werewolf kind of played with tradition a little, thankfully not in a Twilight way!  The third story has some interesting mirrors from society, before taking the story to a gallows level of humour.  The setup for each story works well, for a Twilight Zone / Alfred Hitchcock riff.

If you thought three writers were numerous , the plethora of artists will blow your mind with Babisu Kourtis, Dario Tallarico, Oliver Borges, Novo Malgapo and Sheldon Goh contributing on the thread story, stories one through three and the Tarot cards respectively.  For the most part, Zenescope have a house style, which confuses me; why have different artists if you want the same style?  Therefore, the art is serviceable, with probably Goh’s art the standout and Malgapo’s being a tad inconsistent throughout.   Colors are provided by a palette of colorsits including Fran Gamboa with J.C Ruiz, Maxflan Araujo, Grostieta, Ceci De La Cruz, and Ivan Nunes.  Maybe Zenescope have a crazy pay scheme theta  means it’s better to pay multiple colorists rather than one.  Thankfully, that doesn’t apply to letterer  Taylor Esposito of  Ghost Glyph Studio who has to be one of the best letterers not working for the Big Two.

Normally, this is the part of the review where I say something along the lines of wishing that Zenescope could turn the corner.  However, this time, I think that they have finally cracked it, at least story wise.

By Nemesis 21 hours ago