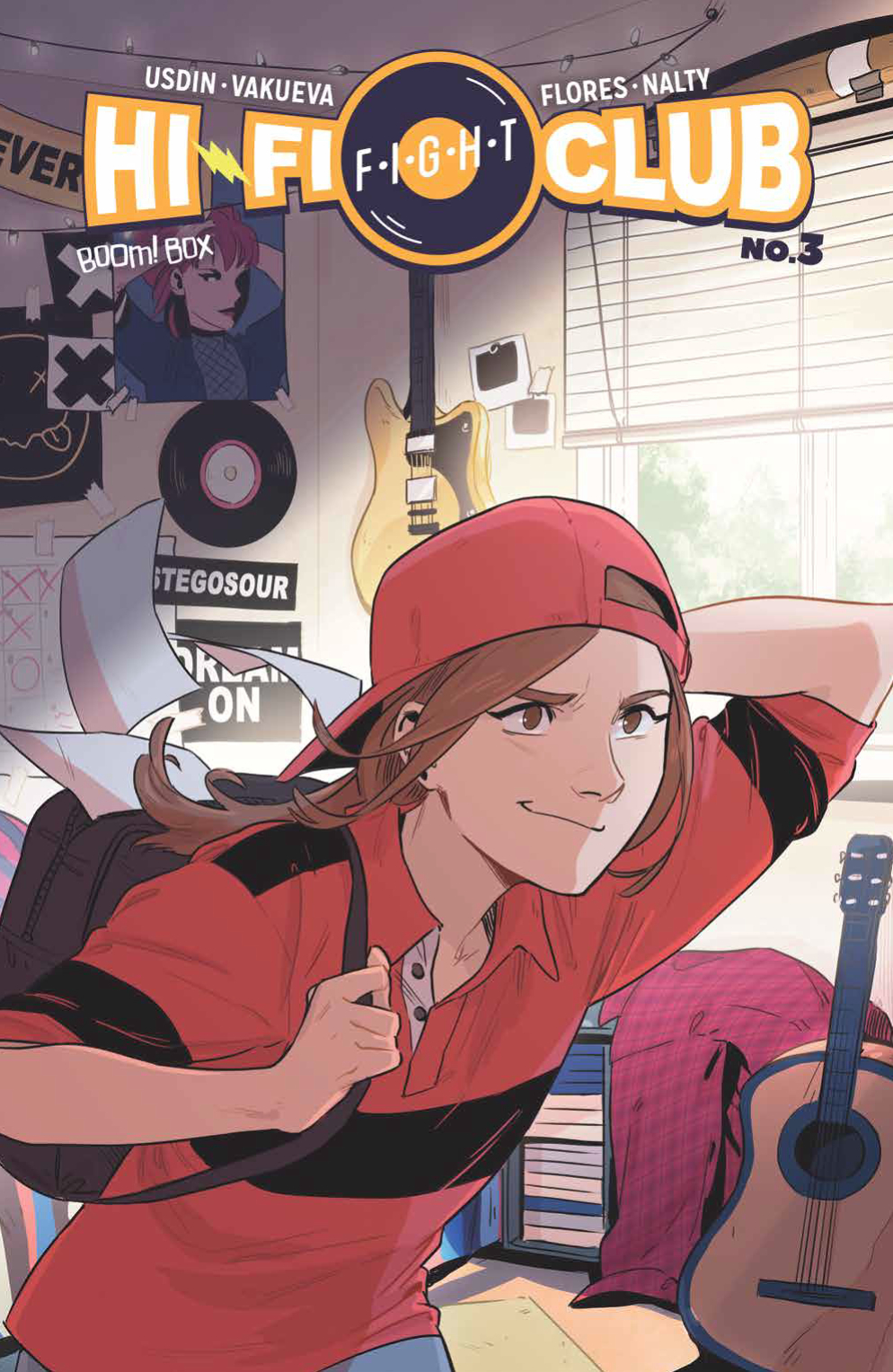 Oh the 90’s, we will forever miss you. I know there is a whole 90’s revival thing going on in fashion and all that jazz at the moment, but nothing will ever replace a decade that seems like it was happenin’ yesterday. Then I realize that it was actually years ago and I am getting older, each day one step closer to death…

But anyhoo, Hi-Fi Fight Club smacks us right in the middle of 1998 where our main character Chris has landed her dream job at a record shop. She struggles finding her footing until her three coworkers open her eyes to their secret world and reveal that they are in a rad Girl Gang, and run a secret Fight Club.Obligatory “Teen Spirit” reference here, and we’re off!

Chris’s favorite band, Stegosour, is missing their bad ass babe lead singer, Rosie Riot, and the four empowered ladies are putting together clues to find her. Because Chris is a self-proclaimed Biggest Fan, she proves to be a big asset as the newest member to the Fight Club, and learns more about the three women around her in the process.

I will say the jumping into the third issue in the series had me a bit lost on the story, and the reader will definitely have to go back and chase the waterfalls of the first two issues to really understand what’s going on. That being said, Carly Usdin’s story is easy to follow and even easier to get sucked into. The writing is clear, well-presented, and has the warm quirkiness that will appear to the large majority of people looking to read an enjoyable story. Each character is well-defined, and I feel that’s due to Nina Vakueva’s overall design. The book doesn’t immediately scream “Hey this is the 90’s!!!” but you get the picture with the various mentions of pop culture and the fact that the girls work in a record store full of CD’s. Remember those?

The inking work of Irene Flores gives life to the world of Hi-Fi Fight Club, and I really enjoyed the little sketch details the pop up every so often. Being the decade of Grunge, inking styles from our present decade would simply not fit the story, and I’m glad to see the small little aspects like a stray ink link just to give it the tiniest bit of edge. Without it, Rebecca Nalty’s beautiful and smooth colors would look just a little too polished to fit the time period. Rebecca’s colors are eye-catching and vibrant, though we see a lot of pastels throughout the book, but it works quite marvelously and prevents the book from trying to hard and looking too dated.

A quote from Irene, the boss lady: “It’s more than just fighting crime and beating on bad guys though – we pledge to fight all forms of injustice: sexism, racism, homophobia, xenophobia,transphobia…we stand up for the little guys.” Yes, yes, and more yes. This kind of story is what we need right now because let’s be honest, the world is a toilet sandwich on a trash plate, and it’s so damn invigorating to have this kind of story with these kind of powerful female characters.