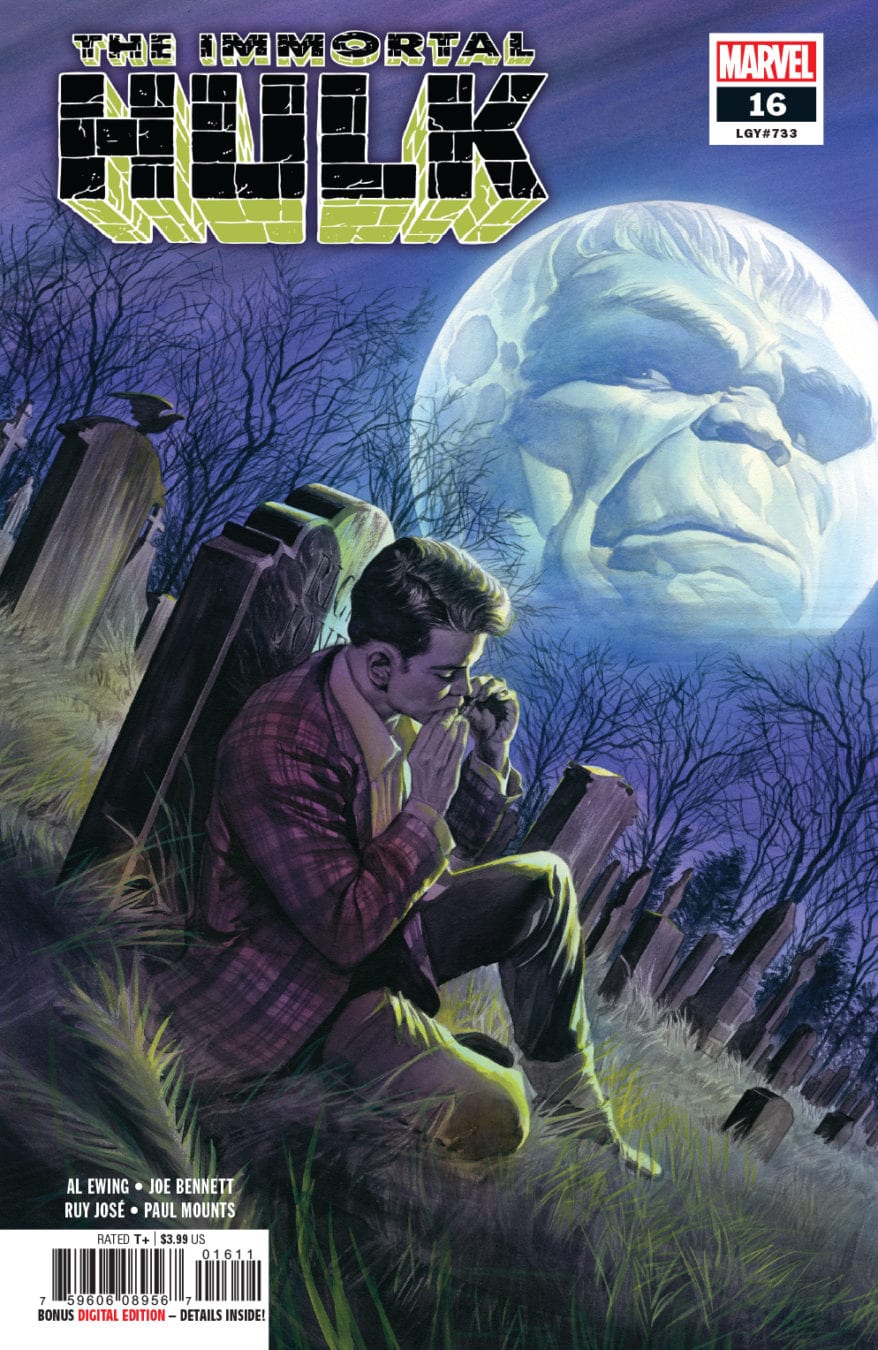 The last issue, Banner had a reunion with longtime love Betty Ross. Shadow Base has Betty under surveillance when she meets Bruce. The group’s sniper disobeys a direct order from their leader, Gen. Fortean, and takes a shot at Banner. Unfortunately for him, his thermal scope had him aiming at the wrong target. He shoots Betty Ross through the head instead.

Harpy (1st appearance in the Incredible Hulk #168) was created by M.O.D.O.K,  who took advantage of Betty’s condition and decided to … create a creature powerful enough to defeat the Hulk, he infused an incredible amount of gamma radiation into her, making her the monstrous and insane Harpy. The dreadful creature broke out of a special shell, immediately wanting to know where the Hulk was so that she could kill him.

The Harpy soon found the Hulk, ambushing him and engaging in combat. The two fought each other without hesitation, but before the Hulk landed the killing blow, the Harpy told him she was Betty. The Hulk, shocked and confused by her statement, is blasted unconscious by the Harpy. [credit given to villains.fandom.com]

Ewing continues to knock it out of the park with the Immortal Hulk and continues to be the best modern day Marvel writer not named Cates.  His seamless integrations of   what came before, rather than discarding it as heavy continuity is impressive.

Bennett’s art continues to tie it ll together.  A pet peeve of mine is when the characters are fighting and the character just blend together and you can’t tell who is who. Thankfully Bennett did not fall into that trap even though given the situation it would have been understandable.

People are going crazy right now for the Cover C 1:25, but I;m more interested in the Immortal HULK #16 Hyuk Lee 500 PRINT Sketch Variant Incentive Bennett. I just gotta say if you haven’t already added Immortal Hulk to your pull list, you might want to rethink that at least for the variant covers.