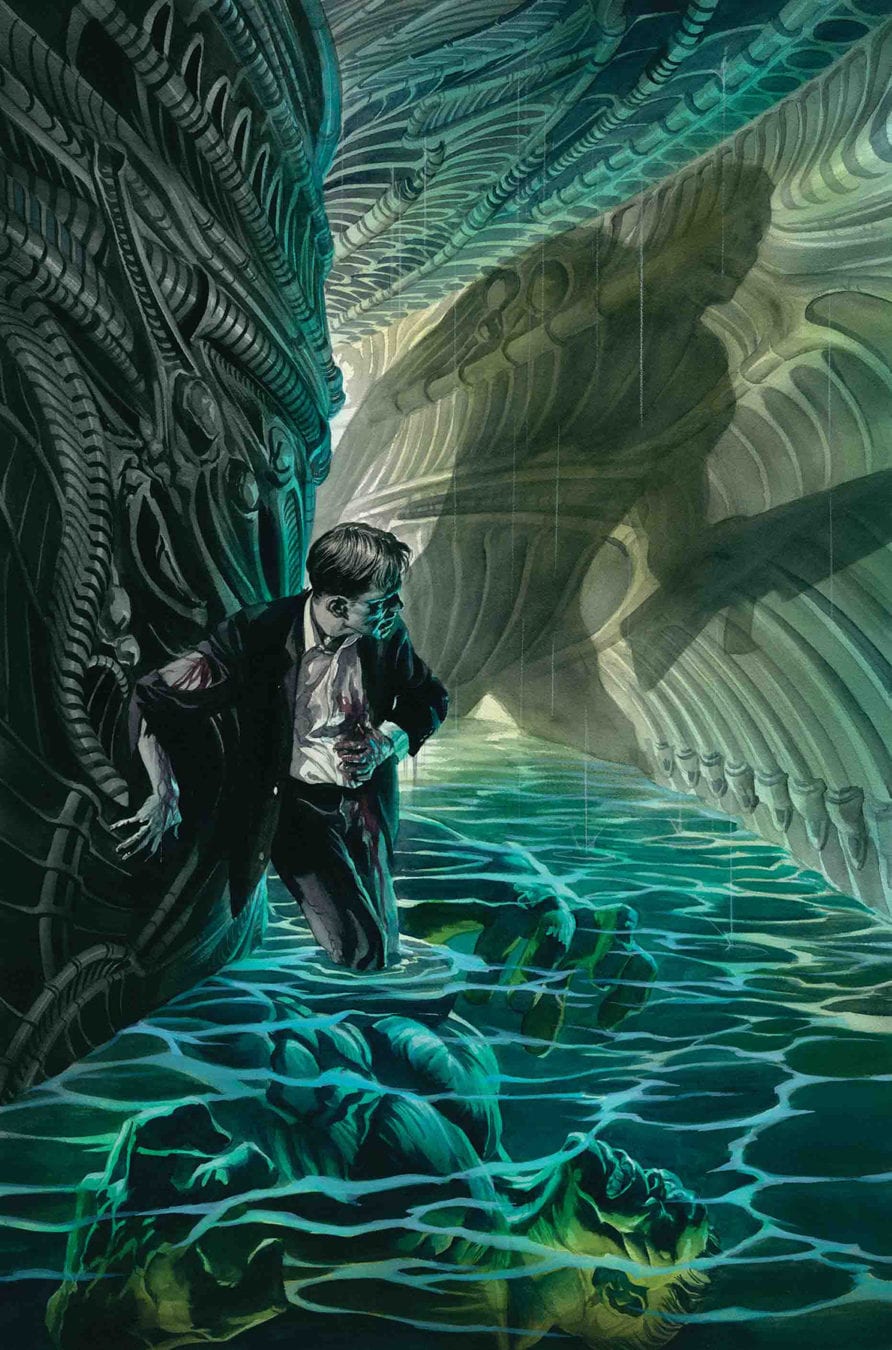 When we last left our protagonist in Immortal Hulk 16, Rick’s body was snatched by some men in black.  Hulk and Doc Samson is were on the path to find Rick’s body.  Rick, the teenager Bruce Banner had saved from the gamma bomb that ultimately turned him into the Hulk. The clues led them to a military  dark site in New Mexico (Shadow Base site A)  which actually turned out to be a trap for effectively trapping the Hulk.

In The current issue of Immortal Hulk #17, The plan by General Fortean was to isolate Bruce Banner from the Hulk by using solar radiation and then allow the Bushwacker to kill Banner with a bullet.  The failure to kill Bruce Banner and the Hulk forces the General to consider Plan B, who the turns out to be a clone of the Abomination, called subject B.

The Abomination aka Emil Blonsky (Talles to Astonish #90), was a spy of Soviet Yugoslavian origin working for the KGB, who gained his powers after receiving a dose of gamma radiation similar to that which transformed Bruce Banner into the incredible Hulk. As a result he was permanently transformed into a massive green-skinned monster whose physical power was equivalent to, if not greater than, that of the Hulk.(citation marvel.com)

Fascinating as it is Al Ewing stopped pretending that this was a horror comic issues ago. What’s left is a compelling exploration of a character we all though we knew.  Hard to believe but I find myself recommending the Hulk to more people all the time.