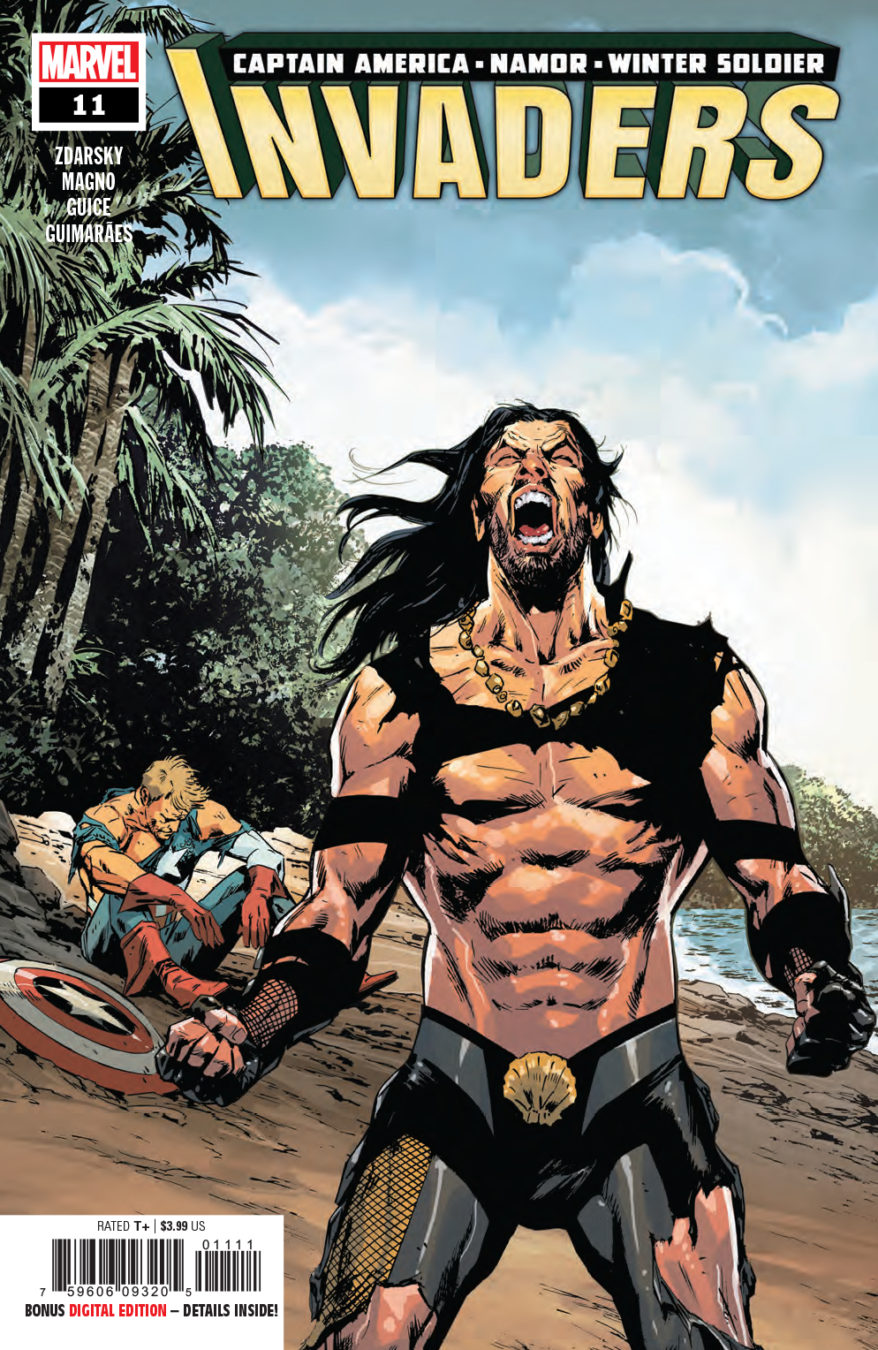 This issue opens with Ironman bringing Captain America to the gravesite of Bucky Barnes. Steve Rogers grieving is interrupted when he spots a strange-looking flower that he recognizes but doesn’t remember why. Then we cut to Namor and friend as they hunt for food. It’s a different time and Namor has been reduced to just human, stripped of his magnificent powers. Captain America loans him his shield while they investigate a strange development.

Chip Zdarsky brings us an excellent tale of self-examination for Prince Namor. He no longer has his powers and bleeds when he gets punched. He and Cap have discovered some strange goings-on on this island that they seem to be stranded on. Namor, being a man of action wastes no time getting into a fight. However, even though he can still hold his own, he is not prepared for what happens when an average human strikes him and draws blood. I’m really enjoying the direction this series is taking. To see our heroes vulnerable gives them a persona that we can identify with. The action picks up as Cap and Namor fight the inhabitants of this island for the genus compound. Great stuff includes Namor rising to the occasion even with his limited ability and Captain America going all out to defend his friend.

Carlos Magno and Butch Guice give us some powerful panels. the scenes of introspection and remembering the past are touching and poignant and are appropriately heartfelt. But when our heroes go into battle it’s no-nonsense action all the way. Highlights include the revelation as to what’s going on at the island facility and the first appearance of this issue’s main antagonist.

I always love reading Invaders comics when I was a kid. But, of course, they were throwbacks to a different era. I never thought they could put the team into present-day continuity with the original human torch being the Vision in today’s world and Namor being more of a villain than a hero. But the powers that be at the big M found a way and I’m glad they did. The end of this issue brings us a no-nonsense moment between Cap and the Sub Mariner that will grip the reader as they try to mesh out their differences and reconcile their current battle. An awesome issue all around. **** (9.1 rating)

Your First Look at WE ONLY FIND THEM WHEN THEY’RE DEAD #3 From BOOM! Studios

By Daniel Clark 1 day ago