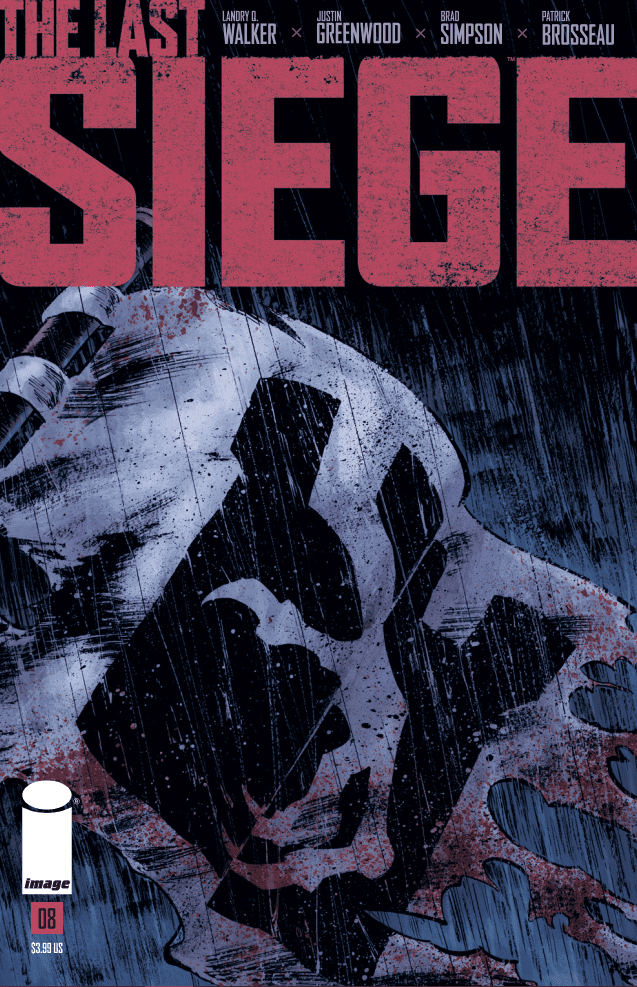 Last Siege #8 is the final chapter in this story that follows the siege of Lady Kathryn’s castle by despotic King Istvan.

This concluding issue by writer Landry Walker (The Incredibles, Batman:  Joker’s Asylum) and artist Justin Greenwood (Wasteland, Stumptown) picks up in the chaotic aftermath of the black powder explosion underneath Lady Kathryn’s castle.  After that explosion, the bulk of King Istvan’s and Lady Kathryn’s armies have fled.  Remaining on the field of battle are the King and a collection of his vassals as well as Lady Kathryn and the mysterious man from the east.

The invading forces split and go in search of their target, Lady Kathryn.  However, while King Istvan’s vassals find Lady Kathryn, Istvan encounters the man from the east.  What follows is a series of verbal confrontations between the two groups.  These confrontations are studies in the contrasting leadership styles of King Istvan and the upstart Lady Kathryn.  Istvan is a despotic tyrant who rules through fear, intimidation and murder.  His confrontation with the man from the east hings around King Istvan’s murder of that man’s father in ages past and his desire to murder his enemy to cement his rule.  Meanwhile, Lady Kathryn is the rightful heir who commands loyalty in those around her.  She does this by exhibiting daring, courage, conviction and a fearless tenacity to her ideals and morality.  In the end, the two contrasting leaders and their styles meet the ends that those styles demand.  Istvan meets the fate of all tyrants and his death is violent and deserved.  Kathryn’s tenacity and idyllic conviction win over the wayward vassals of 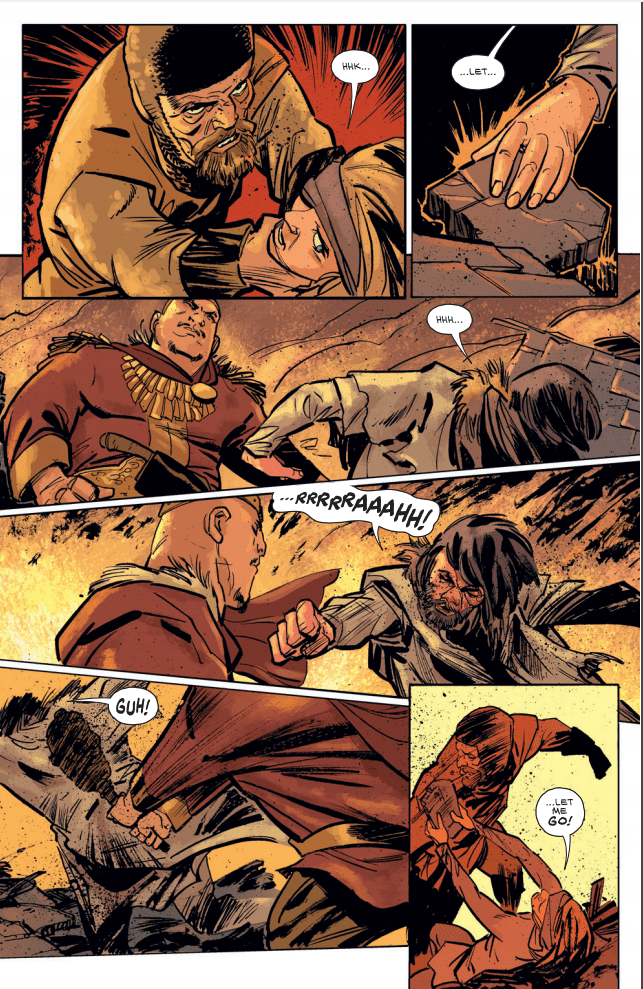 Istvan, cementing her throne with the death of the despot.

This book was a mixed bag for me.  I appreciated the story and the idea behind it.  Additionally, the respective endings for the two main characters felt right and earned.  However, many of the panels did not feature much dialogue and instead focused on the action taking place.  Nothing wrong with that, but I felt the story needed more dialogue, especially on the part of Lady Kathryn.  Her steadfast courage in the face of her would be murderers was compelling.  However, I can imagine that vassals who have sold their souls for temporary safety under a despot would require more than one repeated line and a defiant stare to turn coat on the man who holds their lives and the lives of their subjects in his hands.  That is especially true when you realize that the turncoats do not know the fate of their king when they betray him.  That said, the book is beautiful and the dominating black and red tones used throughout the issue put the reader on notice that this tale is one of bloodshed and war.  In short, this is a good book but one with flaws.  It is worth a read none the less.