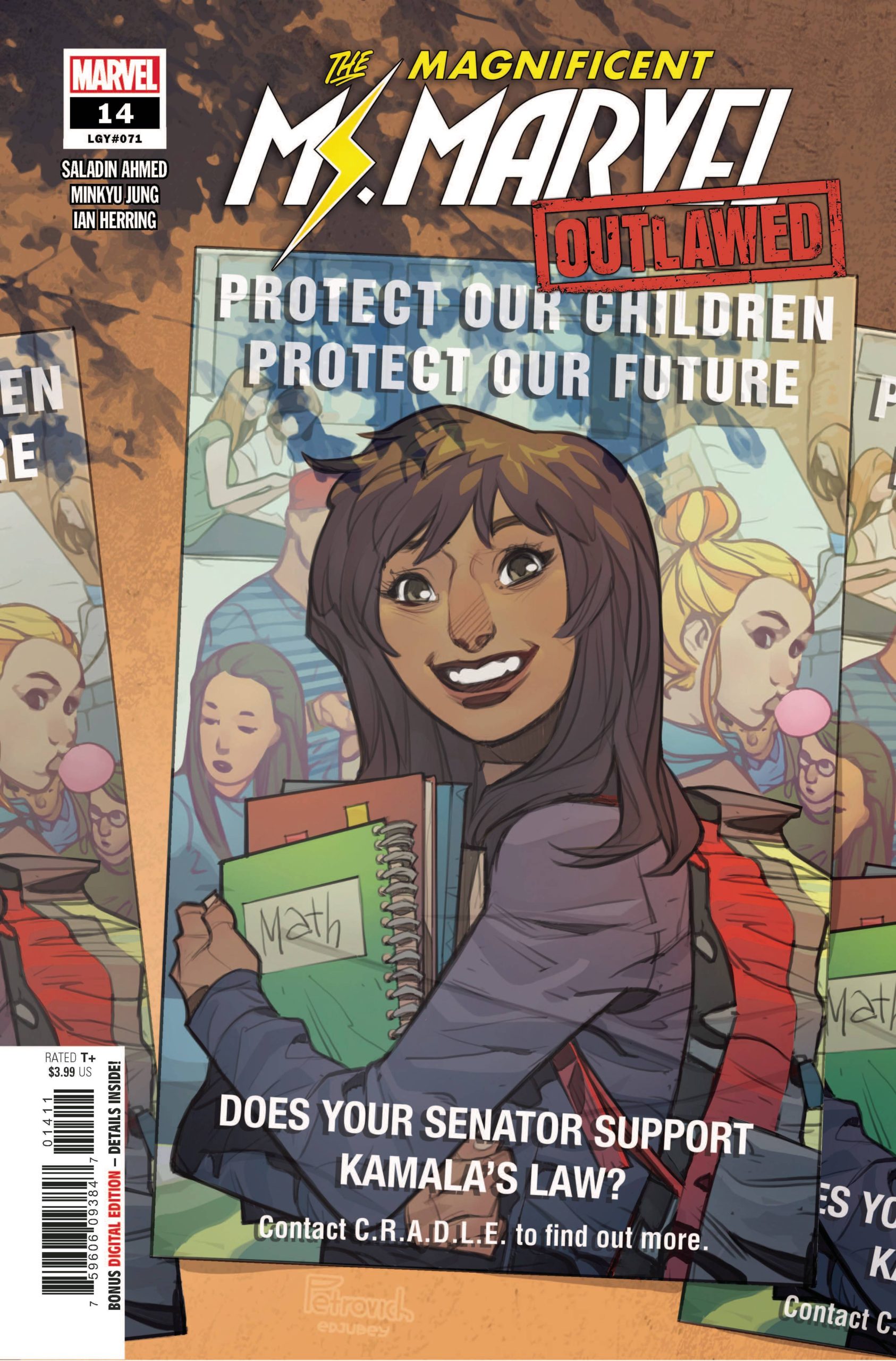 Ms. Marvel used to be the bright star of the Marvel Universe, full of optimism, team building and humor. Unfortunately this book has evolved over time to be much more about the anxiety of our times. This is a natural outcome of our political landscape in many ways but it is a shame we can’t have Kamala’s optimism in a time when the world really needs it.

This issue plays as a retread of the beginning of Civil War with young superheroes banned by ‘Kamala’s Law’ names because Kamala was injured in a false flag militia attack the public believes was caused by young superheroes.

The issue spends most of its time with visitors coming to Kamala’s bedside as she has fitful dreams. She faces various aspects of her fears across her hospital delirium beginning with facing various versions of herself. She then faces the disappointment of her parents. She faces the fear of losing her friends and family. Finally she faces her fear of losing the Champions.

All of these sequences end in massive loss. In spite of this Kamala persists and gains strength from those she fears losing. Kamala wakes up from her coma only to force Miles Morales to leave her alone, somehow undoing the exact lesson of drawing strength from others the entire issue was building to.

The best moments of the issue are the real world interlude of Kamala’s family and friends visiting her in the hospital. Those are much more important and meaningful than the recycled nightmares filling the major portion of the issue.

The art throughout is well done in the real world sequences but doesn’t have nearly as much fun with the nightmares. If the art had packed more punch the nightmares might have been worth the journey. As it stands this issue simply feels like a watered down retread of superhero tropes. This is also somehow reflected in the colors which all appear faded rather than bringing dynamism to the nightmares.

Saladin Ahmed is a much more gifted writer than anything he is giving us on his Ms Marvel run. The writer and character simply are not a good fit. Kamala is an incredibly original superhero in the Marvel universe, bringing a unique perspective, family, friendships and incredible positivity. Unfortunately all of this feels increasingly forgotten in a comic drowning in anxieties rather than rising above them as the story claims to do.