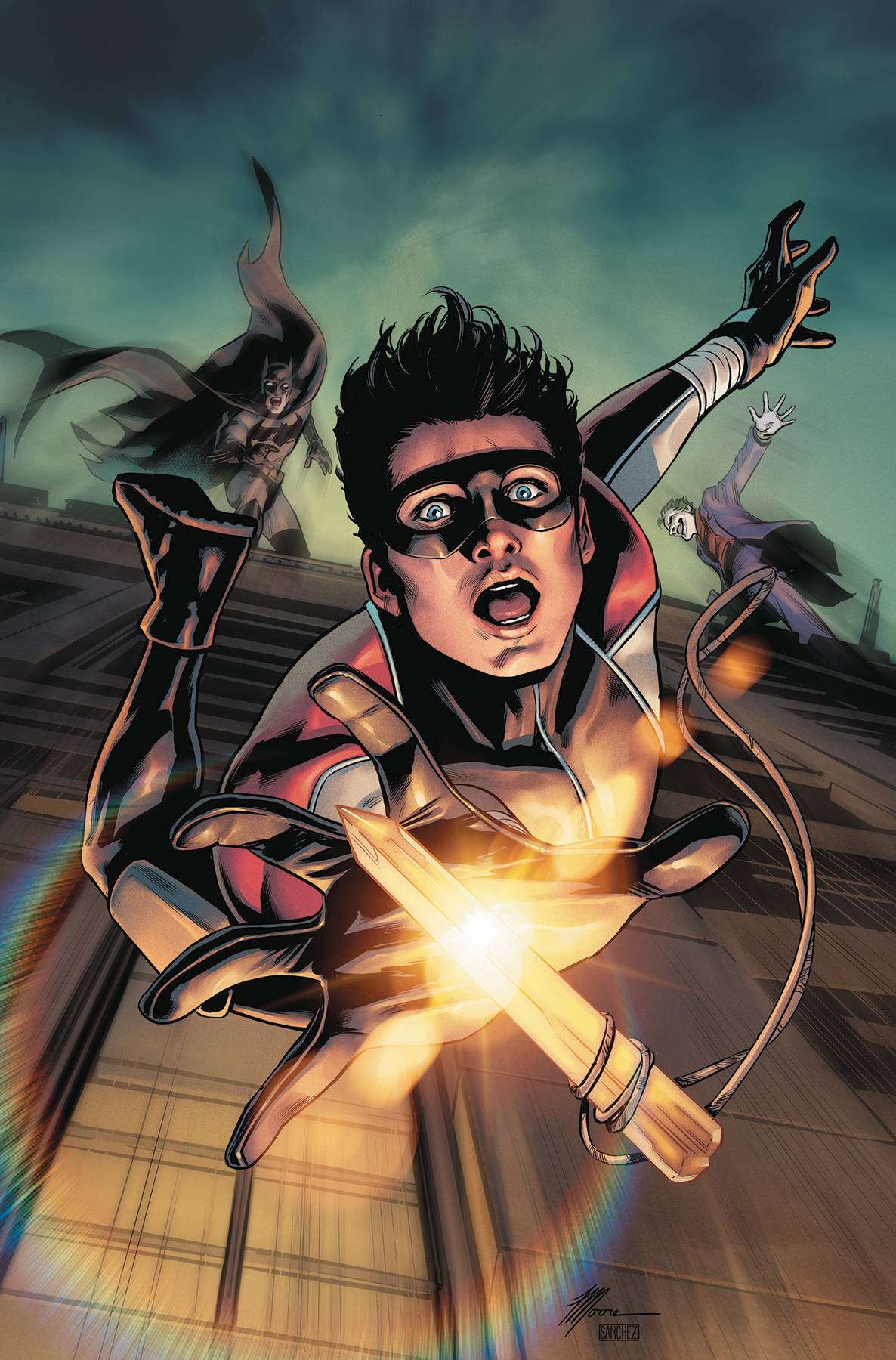 I don’t know if there is a character that has gone through so many changes over the last 5 years or so than Dick Grayson.  Count them; Nightwing, Batman, Nightwing, Grayson super spy, Nightwing, Ric, Dickyboy and now, finally back to Nightwing.  It’s been a helluva ride.

Ric has made a friend in Bea, who takes to the streets of Gotham, a town she hates, in order to save him.  Thing is, Ric is now Dickyboy, a pseudo son of the Joker.  In trying to save Ric, will Bea eventually lose everything she holds dear?  Oh, there is some nonsense about a hospital getting blown up as well.

I feel sorry for writer Dan Jurgens.  Jurgens did absolutely nothing wrong on his pre-Bendis run on Superman.  Sure, Jurgens may like to use the classic villains a tad too much but all in all, Jurgens is Mr. Superman in my opinion.  After being ousted from the Man of Steel by Bendis’ arrival, he is getting shafted by Bendis again, though indirectly this time.  This issue features the bat-assistants teaming up to rescue Dick from the Joker.  The setup is ok, for a book that hasn’t felt weighty in quite some time.  Of the assistants, its Drake that sours this book.  Thanks to Teen Titans and Young Justice, Tim is now back in the Robin suit.  Yet the script here clearly says Drake!  Poor editing for sure.  Looking at the last issue, I believe that the Robin should have been Damian.  Evidence exists in the characters size , facial elements and the fact that the “detective’ Robin has to take a guess on the purple wire because the Joker likes purple!  And here I thought it was Vicki Vale that “loved purple”.

The final restoration of Dick seems daft when there is a more logical way out of the memory mess in the data that Batgirl has.  Throw in a “I have always kept an eye on you” moment from Bats, that is as cheesy as it is improbable (when did Bruce check in on Bludhaven? Batman has had City of Bone, The Joker War Prelude and is now in the Joker War proper in which Bruce has been drugged in the last three issues, and this book feels cluttered and messy.

Cluttered and messy is also a good way to describe the art from Ryan Benjamin.  Some of the action scenes, where there is a larger character in the forefront work well enough, but when things get a little crowded faces change or lose their eyes, noses, teeth or whatever.  I get that body parts need to be elongated in order to show movement but faces changing?  As the Dick remembers his past i have to wonder why there is no Helena or Kori in there? Disappointing to say the least.  Richard Friend adds the inks over some quite indistinct pencils for sure. Colors are provided by Rain Beredo who does well in most phases of the book, though may be unsung in his greatest achievement; helping the reader determine which character is which.  Finally, AndWorld rounds of the creative team with another decent lettering job.

Nightwing is by far not the best example of Dan Jurgens writing. Editorial decisions made before his arrival and the then requisite editorial mandate to put everything back in its place has  certainly curtailed some of the more imaginative or even standard elements that you would expect from this veteran writer.  Just look at how well Batman Beyond reads at the moment; Jurgens has been killing it over there, where he gets a free-er reign.  I fear that much like Ric, Jurgens run on this book is going to be best forgotten.