Generally speaking, I am not a fan of the “digi” comic.  I’m one of those old school fans (lunatics) who loves to feel a book in his hands, smell the paper and the ink, then put it away to be treasured.  Heck, I even do the voices in my head when I read a book.  I’ve tried to enjoy the digital revolution but, though I do enjoy reading the books that way on occasion, I will probably forever be a lover of analog.   However,  Phobos #1 and Macroverse (the platform this digital comic can be found on) bring something new to digital comics and may have sold me on digital for a new form of art.

Before I get to  Phobos’ plot, I thought it would be worthwhile to talk about the art and presentation in this offering.  I was being sincere in my statement and appraisal above; as a general rule I have not been enamored with digital comics.  There have been web series I’ve read and enjoyed.  However, even with series like Order Of The Stick or Battlepug, I’ve bought a physical version of the comic when it was released.  I’ve enjoyed the motion comic offerings that appear from time to time but those are few and far between; Enter then Macroverse and Phobos.  Phobos is an unfolding horror/comedy comic drawn in stark black and white.  The book is drawn in a style that is reminiscent of the era of the Universal Monsters.  Phobos’ cinematic style and vintage appearance transport you into the story and make it feel like an unfolding horror movie from the golden age of cinema.  Additionally, the Macroverse platform allows the writer and artist, Jason Brubaker

(Sithrah, reMind), to provide something new.   Macroverse provides a unique animation style for it’s digital comics.  The panels flow into each other giving a sense of movement to the book.  This technique has been in place for a while.  However, Phobos also overlays panels providing the book with artificial depth of field that emulates true a three dimensional space.  In Phobos, this technique is striking as the reader is drawn into Brubaker’s world.  Brubaker’s art is clean and immaculate, each panel drawn in exacting detail, with no wasted lines to muddy the animation on offer.

The story, as expected, is in it’s infant stage in this first offering.  What we do know is that our heroine has left behind her old life for the life of a research assistant.  There is some mysterious allusion to a past she is trying to flee and I’m certain that we will get more information in the future.  However, the true focus of Phobos #1 is the spooky castle she arrives at and the inhabitants of said castle.  The reader is introduced to three characters — a vampire whose presence looms over the story from the very first panel, a mad scientist who seems to be slightly off his rocker and a 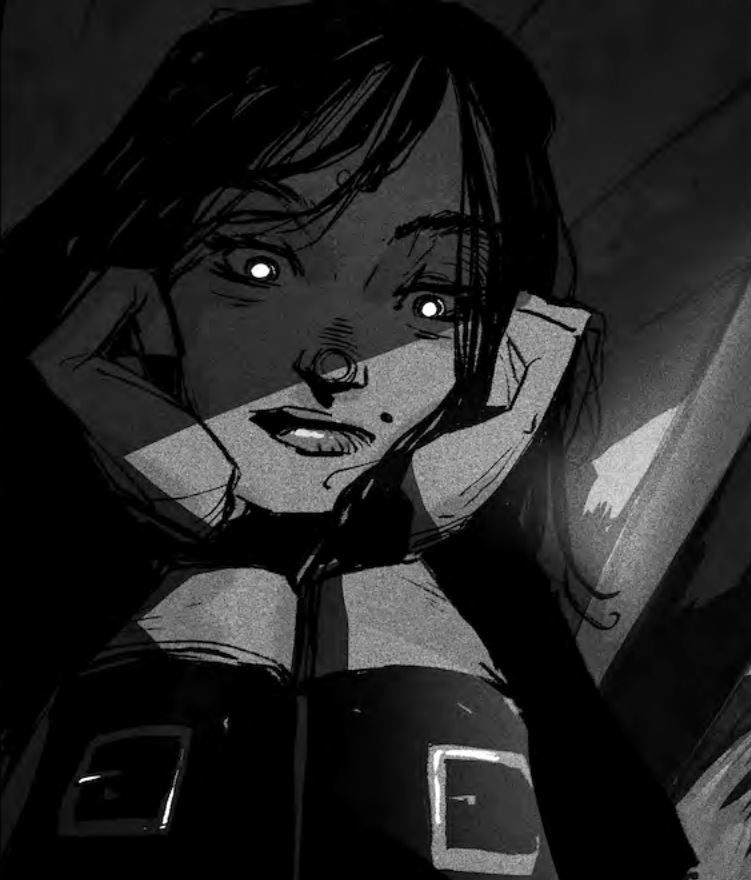 Frankenstein like monster who has a penchant for budding limbs.  Brubaker’s writing for the latter two characters is pitch perfect, combining comedic elements with a sense of tension that is heightened by the horror setting.  What has our young heroine stumbled into and will she be okay?

All in all this was quite a revelation for me and I thoroughly enjoyed this offering.  The art and story combined with the unique possibilities of the Macroverse platform provide the reader with an immersive experience.  I would recommend this book to those who are fans of digital comics, horror or motion comics.

By Nemesis 21 hours ago