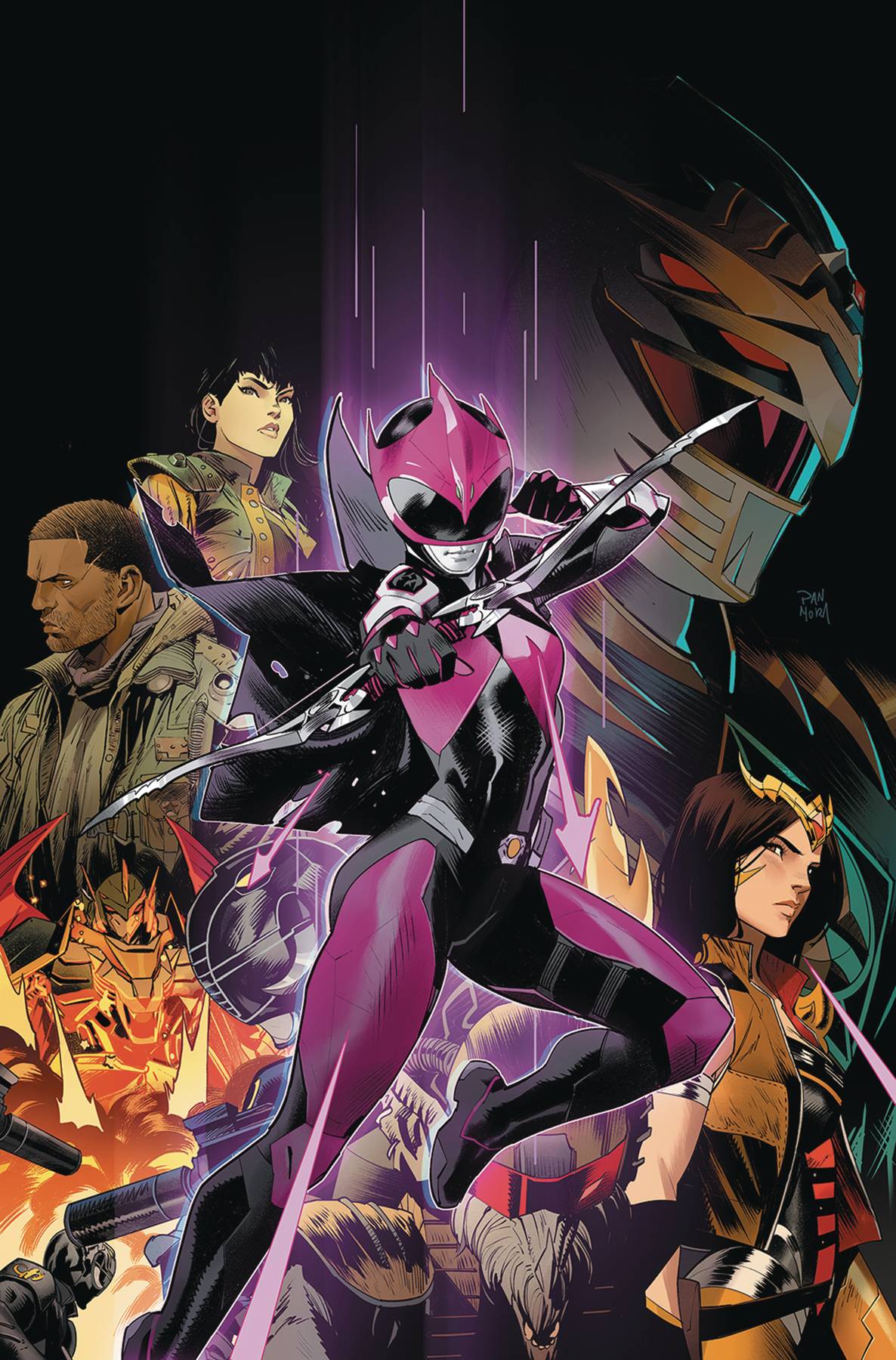 You know, I remember the Mighty Morphin’ Power Rangers.  Back in the day,  ITV would show B:TAS and Sky One would show the X-Men cartoon  followed by the Rangers.  Oh what a Saturday morning that used to be!  The Rangers, of course, have gone through a plethora of changes, without actually deviating too far from their original story.  Five youths get given the ability to morph into Power Rangers, there is a big bad, a comedy duo and of course the evil Ranger that will end up joining the team.  So how is this book different?

At first glance, I am not sure that it is.  Kimberly, the Pink Ranger has returned to her universe, a universe in which she was one of the big bad’s.  Now she has returned, having the ubiquitous team change, looking to be the hero she knows that she can be.  But with her previous actions comes reputation, which for Kimberly can be both a good and bad thing as both sides of the eternal battle between good and evil and possibly greater evil continues.

Despite my love for the Rangers (my first wife used to love Tommy and my kid loved Wild Force), I have never really looked too seriously at the Ranger books.  Often times, TV shows can have a hard time transitioning to comics, though of course there have been some really big successes.  Ryan Parrot has been with the Rangers for some time.  As such, he has a long game in mind.  What I find interesting is that Parrot has managed to walk that fine line of too much setup with very little payoff and giving away too much too soon.  It’s a skill that some of the bigger names in comics have seem to have forgotten as they plan for events only, without actually delivering a story.  Here, Parrot is not afraid to mine the Ranger tropes in an effort tell his story, though the ending does allow for a bit of a wrinkle. The dialogue works for the most part, though having an extended page count results in quite a bit of exposition.

The are is delivered by comic veteran Dan Mora, who mixes up some rather simple lines with poses that you would expect to see in books from the Big Two.  The result is a book that manages to appeal to younger Ranger fans, whilst give the older readers something to enjoy.  The pace of the art is somewhat paused thanks to the aforementioned exposition.  Still the fights scenes are pacy.  The only other thing to be concerned about is how chaotic the final act is with the influx of characters.  Colors are supplied by Raul Angulo who delivers a dark scheme that suits the overall tone of the book.  I do like the newer iteration of the Pink Ranger suit.  Ed Dukeshire supplies the letters with a font that is easy on the eye and encapsulates pink vibes thanks to some nifty coloured boxes.

For a first, at least for quite some time, look back into the world of the Rangers, this book has been a fun read, with a writer, that clearly knows what he wants to see coupled with how to tweak and already retold story.