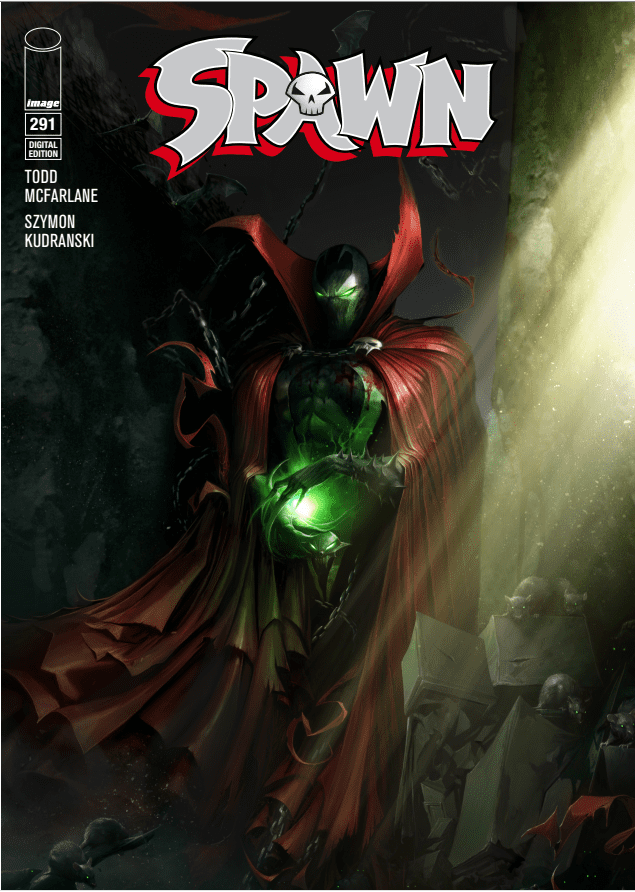 Todd McFarlane’s Spawn has been a staple horror/action figure since his debut in 1992.  I first came to the character through the HBO animated series in 1997 and continued following the character through comics and the feature film it spawned.  (pardon the pun)  Amazingly, Spawn continues to be strong and this issue, Spawn #291, is no exception.

Previously on Spawn, Spawn continued to wage a war on his enemies using the corpses of his fallen enemies as his foot soldiers.  Meanwhile, his old enemy Malebolgia (the clown), reemerged and placed a skull on Spawn.  This skull weakened him, leaving him stunned and allowing him to be stabbed.

As this issue opens, a reporter in the service of Simmons (Spawn) is shown compiling data while being careful not to leave an electronic “trail”.  Leaving the public library, he returns home and is surprised as Spawn emerges in his apartment.  Spawn transports himself and the reporter to his secret hideout where the two begin compiling data on a secure computer system.  After hours of research, they find what Spawn’s enemies have been seeking.  Responding to the reporter’s query, Al tells the story of the war between heaven and hell and the actions which eventually led to the creation of a third faction; the Hell Spawn.  During these revelations, the importance of the skull placed on Spawn is revealed (this happens in a previous issue).  Al also elaborates on the flawed nature of religion.  Additionally he reveals why those lies, which resulted in the dogma of the major religions, were created.  Eventually, Simmons, now clothed as Spawn, leads the reporter past a caged foe.  The ensuing interaction is illustrative of the tactics Spawn intends to use going forward in his war with the forces aligned against him. 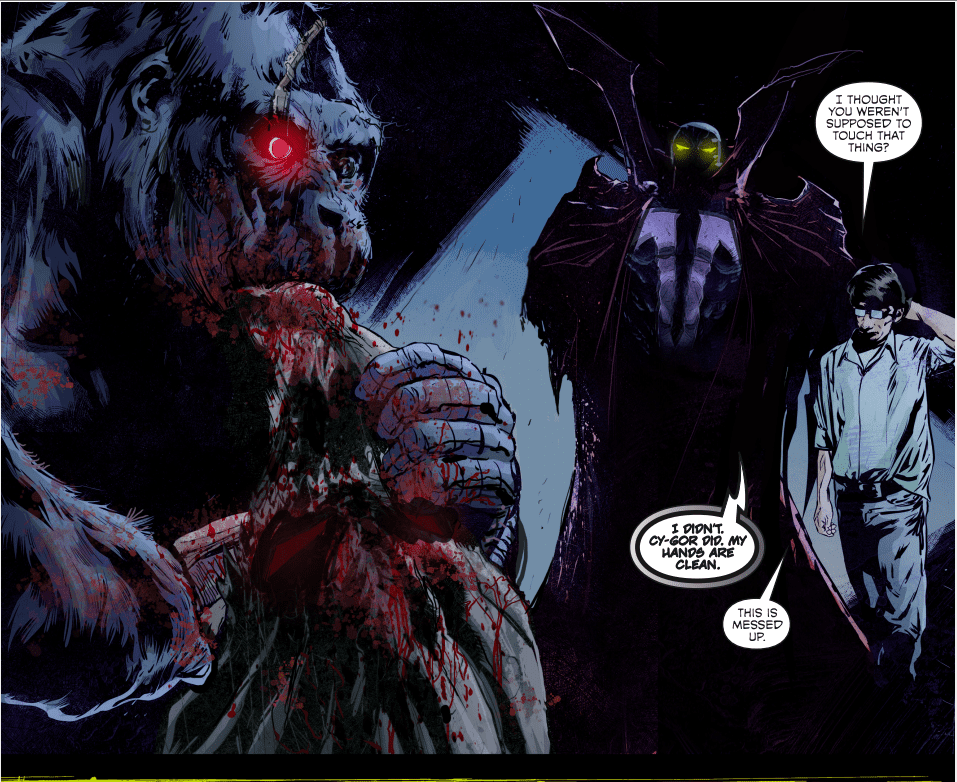 The back story revealed in this issue was illuminating and sets up some interesting scenarios going forward.  Spawn’s not so secret war will be fascinating to watch and the Machiavellian tactics he is prepared to use promise an unfolding chess match.  This book, as usual, is incredibly well drawn and inked.  The colors are amazing.  As an example, one series of pages displays some incredible dynamic lighting effects.  These effects bring to life scenes of supernatural, otherworldly magical power.  This,  in turn, leaves you with no doubts as to how powerful the forces at play here, and the powers that wield them, are.  This is a very good book in a very good series.  I recommend it to anyone who is a fan of Spawn.  If you are not familiar with Spawn but are a fan of horror, supernatural warfare, beautiful artwork or Todd McFarlane then I’d encourage you to pick up this book and enjoy.

By Johnny "The Machine" Hughes 2 hours ago