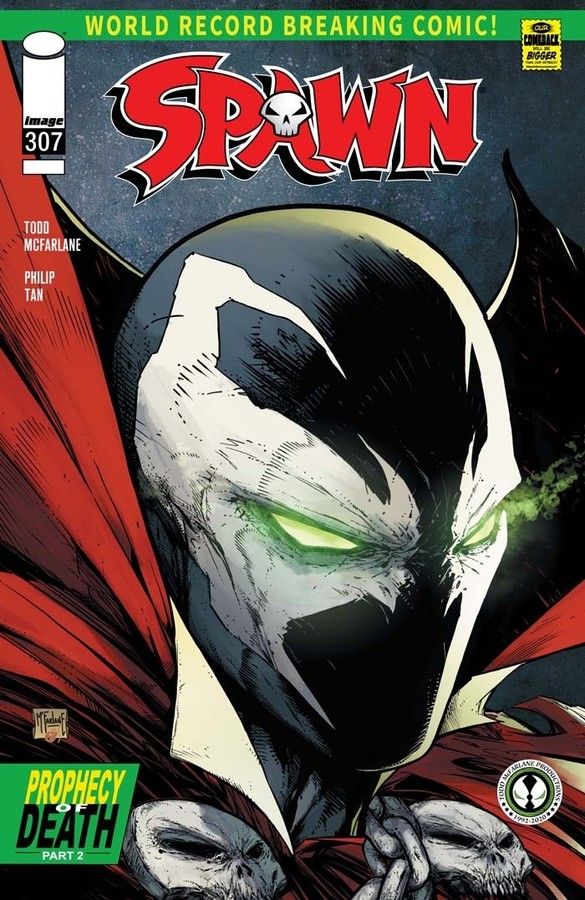 Spawn 307 is curiously reminiscent of the buildup to Superman’s original battle against Doomsday. The issue serves as a buildup to a villain who is slowly revealed from the shadows. The revelation is interesting and horrifying but renders the actual battle filling most of this issue a bit superfluous.

Spawn faces off against Raptor throughout this issue. The battle is almost completely buried by text boxes and exposition. Rather than having these characters interact during their fight, Spawn takes the time to brood over the nature of evil and abuse of power. While these are deep and important topics which carry a lot of weight in our current political environment, they draw energy away from the action at hand.

The Raptor is revealed to simply be a preamble to the larger villain. One of Spawn’s classic villains, Billy Kincaid, uses Raptor to regain his freedom. Kincaid is the kind of horrific evil that kills kids using ice cream trucks and the revelation of his identity and the artwork at the end of the issue are horrific and effective.

Philip Tan is a great horror artist and the colors by Gho and Steigerwald balance off dark and light to great effect. This is an amazing issue to look at, but the action and colors are muffled under the weight of exposition and philosophy.

Spawn has always carried the flag of the superhero horror genre, and while this issue embraces the horror aspect as the issue progresses, it moves much to slowly towards that interesting end. The hope is that future issues in this arc can capitalize on conveying philosophy through dialogue and actions rather than simply burying the issue in text boxes.