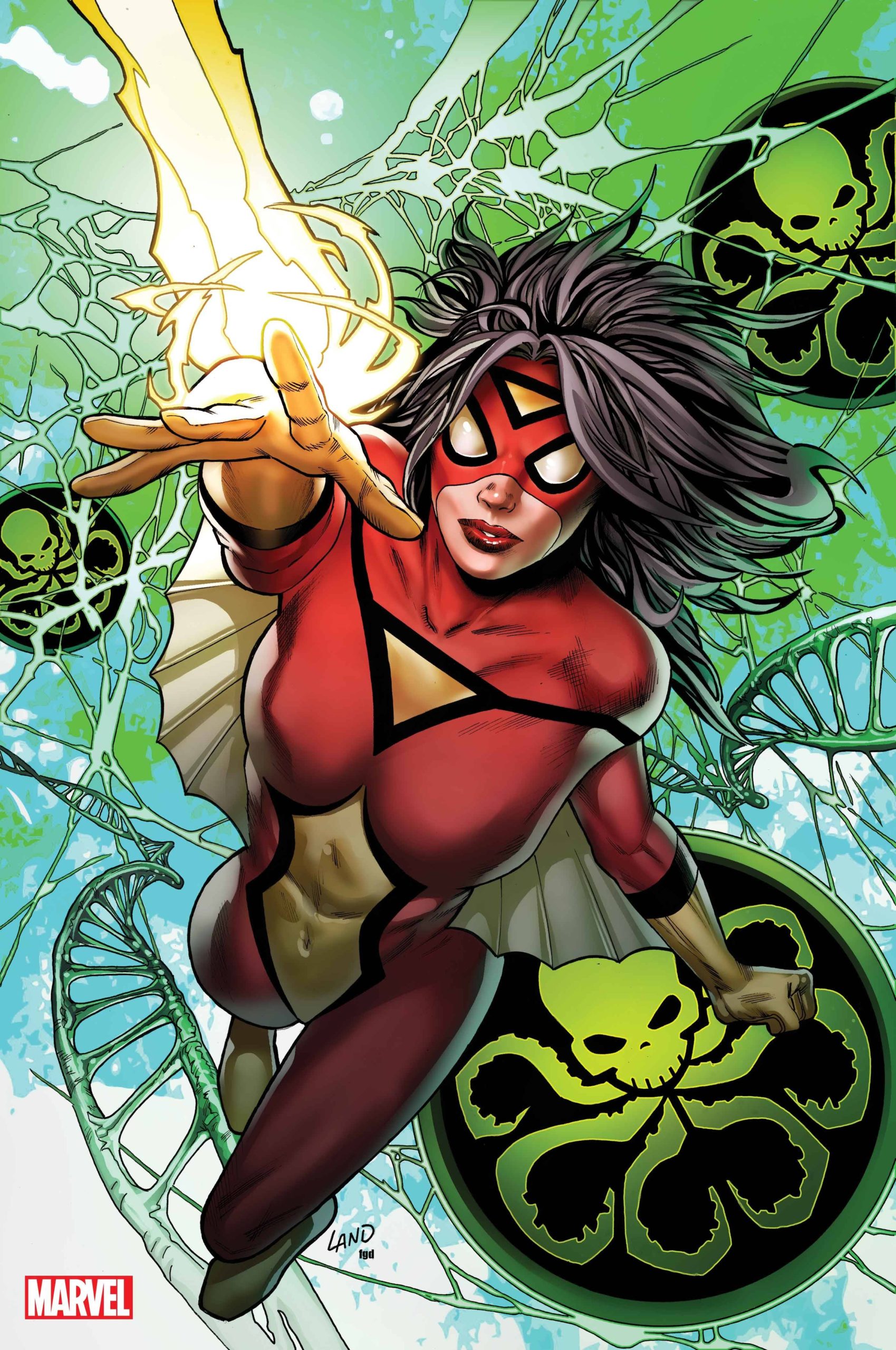 I am not sure I agree with the Marvel idea of legacy numbers across books that have been cancelled more times than I can count.  Consider the fact that Spier-Woman’s first appearance was in Marvel Spotlight #32 way back in Feb 1977.  That means that it has taken Jess 43 years to hit the magic #100.  Is that really cause for celebration?

The big confrontation is finally here! Jess, along with her brother and her niece (both relatively new family additions) face off against Jess and Michael’s mother and a clone of her mother.  Confused?

Regardless of how you may view Karla Pacheco’s writing on this book, and I have been critical, you have to admire that fact that she is looking to revisit the sordid and often confusing origin and early life of Jessica Drew; Pacheco also tries add a semblance of sense to it all.  Problem is, I was ok with Jessica’s past; I didn’t need it re-assembled, re-visited or even re-told.  That means, that this book is not aimed at me; it is aimed for newer readers who need things organised and squared off in a neat manner.  This is not an indictment of the quality of the writing; it’s a comment regarding the choices that Marvel have taken with this character.

Pere Pérez supplies the art for this book.  Thing is, I feel that the quality of the Pérez has been diminishing since the fantastic first issue.  Here, faces lack details, action poses look awful and wooden with Jessica looking pregnant in one early panel.  As a whole the art in the book has been disappointing to say the least.  Colors are provided by Frank D’Armata who at least maintains the standard that he set previously.  Finally, VC’s Travis Lanham (I guess Clayton Cowles was busy over at DC?), letters are pretty damn excellent, truth be told.

I love Jessica Drew.  I have a load of her original run.; I have her return in Avengers and she is fantastic in Madripoor.  Consider the Dennis Hopeless run and you have a character that has managed to have a a sustained longevity, if not always her own book, in the Marvel Universe.  Now there are two Spider-Women kicking around; the one in this book and the really well written one over in the Captain Marvel book.  You can can take your pick of which you prefer.