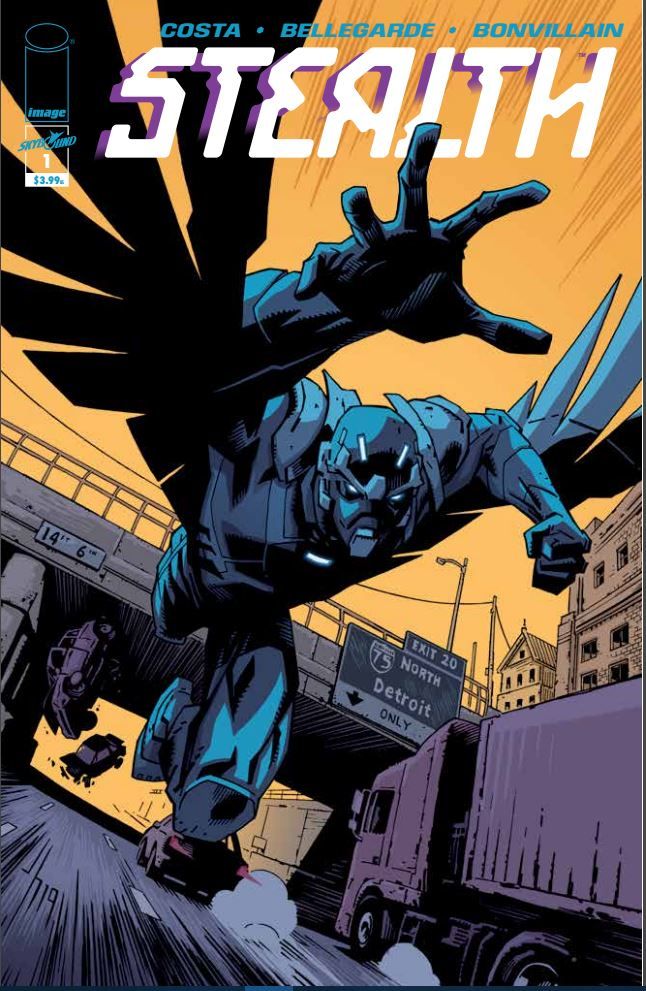 Stealth is a promising tale that offers a unique look at the super-hero genre through an urban lens.   Grounded and unapologetic in its look at urban blight via Detroit; Stealth uses this setting as a backdrop for a human drama that contains a surprise twist by issue’s end.

Stealth is written by Mike Costa (Transformers, Venom) and ostensibly follows the malaise of newspaper columnist Tony.  Writing an article that is supposed to be about an art fair, Tony lapses into a running commentary about the problems facing his hometown; Detroit, Michigan.  His editor, unhappy with his work, encourages Tony to take some time off and consider what he wants out of life.  Meanwhile, Tony is also dealing with the mental decline of his father, who appears to be in the early stages of dementia.  All the while, these very human moments are offset by the actions of a vigilante/superhero Stealth.  Dressed in a suit that appears to be a cross between Iron Man and Black Condor, Stealth can be heroic in one moment and brutal in the next.  Who is he and what does any of this have to do with Tony and his unfolding drama?

The writing on this book can be uneven.  Costa has a natural gift for dialogue and the interactions between characters is acceptable, sometimes bordering on excellent.  However, Costa relies quite a bit on exposition, especially in the first part of the book, and it dominates and overpowers the panels.  At times there are too many words and not enough art or action, making the book a chore to read.  It can be difficult to balance the desire to write while balancing that desire against the realities of the medium.  Costa should limit his exposition and try to tie it more closely to the artwork, letting the artist tell the story while the words craft the canvas for the artist to do their work. 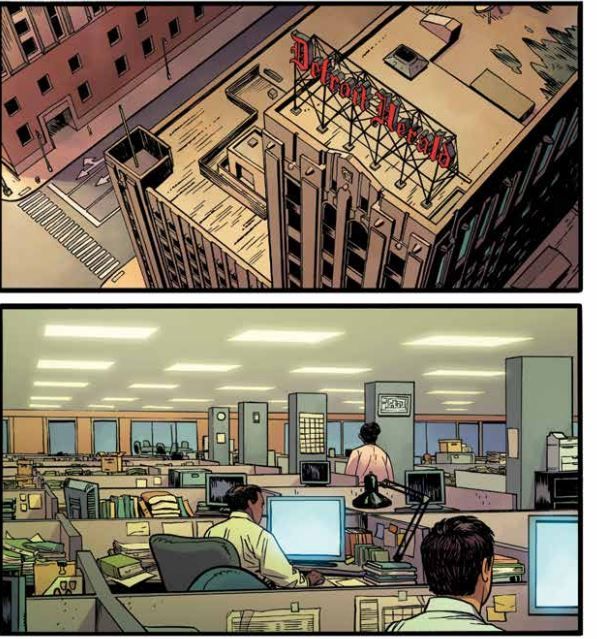 I’m afraid to say the art and color are both dull and uninspired; failing to rise to the challenge of some of the excellent writing Costa does in the book.  Artist Nate Bellegarde’s (Hack/Slash, Brit) line-work is acceptable but doesn’t really stand out in an measurable way.  Having seen Bellegarde’s work on “Hack/Slash”, which is excellent by the way, it is hard not to be disappointed with the ‘meh’ images on display in this book.  However, it is in inking this book that Bellegarde has really missed the mark.  Most of the inking in this book is reserved for tracing over the original pencils.  What inking there is is very light or done to provide minimal shading.  When you combine the uninspired pencils with little inking you are left with a book that is flat and uninspiring.

Likewise, the color on the book can be one dimensional.  However, I think that colorist Tamra Bonvillain has done her best to provide some shading and depth in a book that sorely needs it.  I sympathize with her 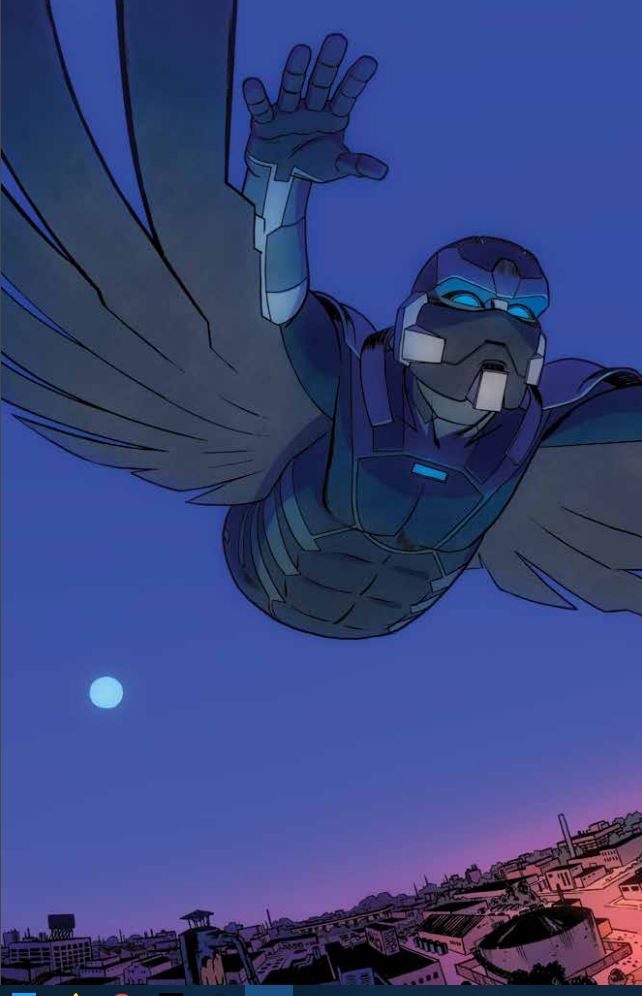 as she has attempted to shade faces and objects with little to no support from the pencils or ink.  Bonvillain does not go without criticism however as her choice of flat, muted palettes for the titular hero turns what should be dynamic scenes into backdrops.  I understand that this book is trying to hold onto a sense of gritty realism.  However, a man in a larger than life flight suit should be presented with more panache and polish, even in the gritty environs of blighted Detroit.

This book has a lot of promise and I love its premise.  That said, errors throughout the book detracted heavily from my enjoyment.  It should be noted that none of these errors have to be fatal for the ongoing series and I hope that the quality of the book improves as its run continues.  I would recommend this title to those looking for human drama, urban stories or superhero action.  The book is not perfect, yet, but it has potential and I will wait and see what happens.

By Nemesis 59 mins ago