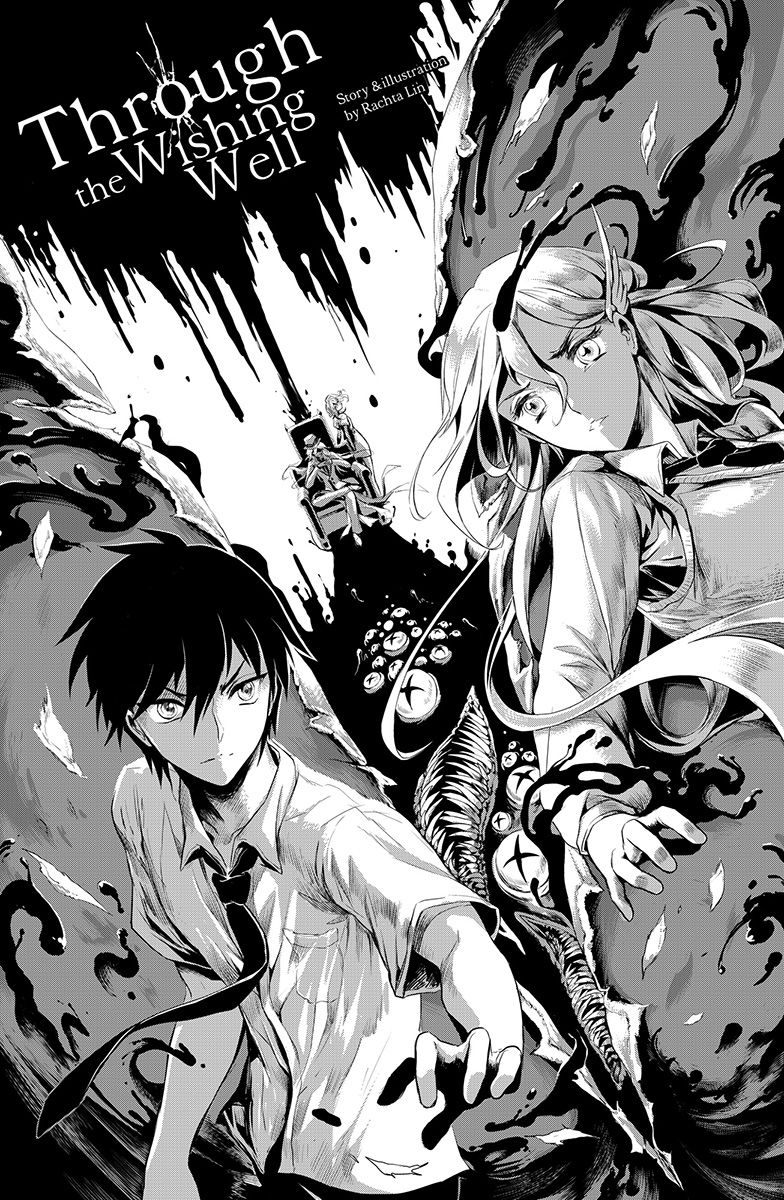 I am a big fan of Rachta Lin’s artwork, but what I didn’t know is that she also writes.  Rachta just submitted her entry into the 100th Tezuka Manga Award: Through the Wishing Well.

Through the Wishing Well centers around Shimya, a normal teenage boy haunted by the nightmares of the death of his friend Satsuki (Captain of the Science Club). Until he is offered a choice by a mysterious character who is able to grant a person’s deepest and most desperate desire…for a price. The price for Shimya? Travel to the Wishing Well, and kill the Queen of the other world. The Wishing Well is a Portal to a place that answers to your every wish and desire. All you have to do is pay the price.

But Shimya doesn’t have to travel alone. He has been provided 5 allies in this quest to kill the queen.  Among his allies is Shiki, Satsuki’s Sister (and my future Waifu) who had the exact same wish that he did. She who agreed to pay the price under the duress of mourning the loss of her sister. It has to be noted that most his allies are people he has never met and don’t appear to be human. There is just enough fodder to keep this story going on forever I might think.

The main point is that it gives a new twist to the old myth of the Wishing Well. But the underlying message is very important is that, you can try to turn back the clock or try to revive the dead but the ultimate price is yourself and spiritual development.  An interesting McGuffin to keep an eye out for is the ‘Black Dimensional Key’ that functions as a black hole. Essentially functioning as a Deus EX Machina, it just kind of came out of nowhere. It maybe the English translation but sometimes from one panel to the next panel the language can be a little choppy making me feel like I missed something, but a later I realized maybe it was intentional meant to deliver suspense and mystery.

Negatives: I was kind of disappointed that there wasn’t an actual Wishing well to the story. Rachta Lin had a limited amount of space and time to get her point across so, It jumps right to action scenes without building on the character development typical to most Manga. But the biggest disappointment will be waiting for this to come out in print, and hopefully an anime

Drenched in Symbolism, Through the Wishing Well, is a psychedelic yet solid testament to struggles of of going through the stages of grief especially bargaining. Bargaining which is a weaker line of defense to protect us from the painful reality.  We start to believe there was something we could have done differently to have helped save our loved one.

You can read it HERE