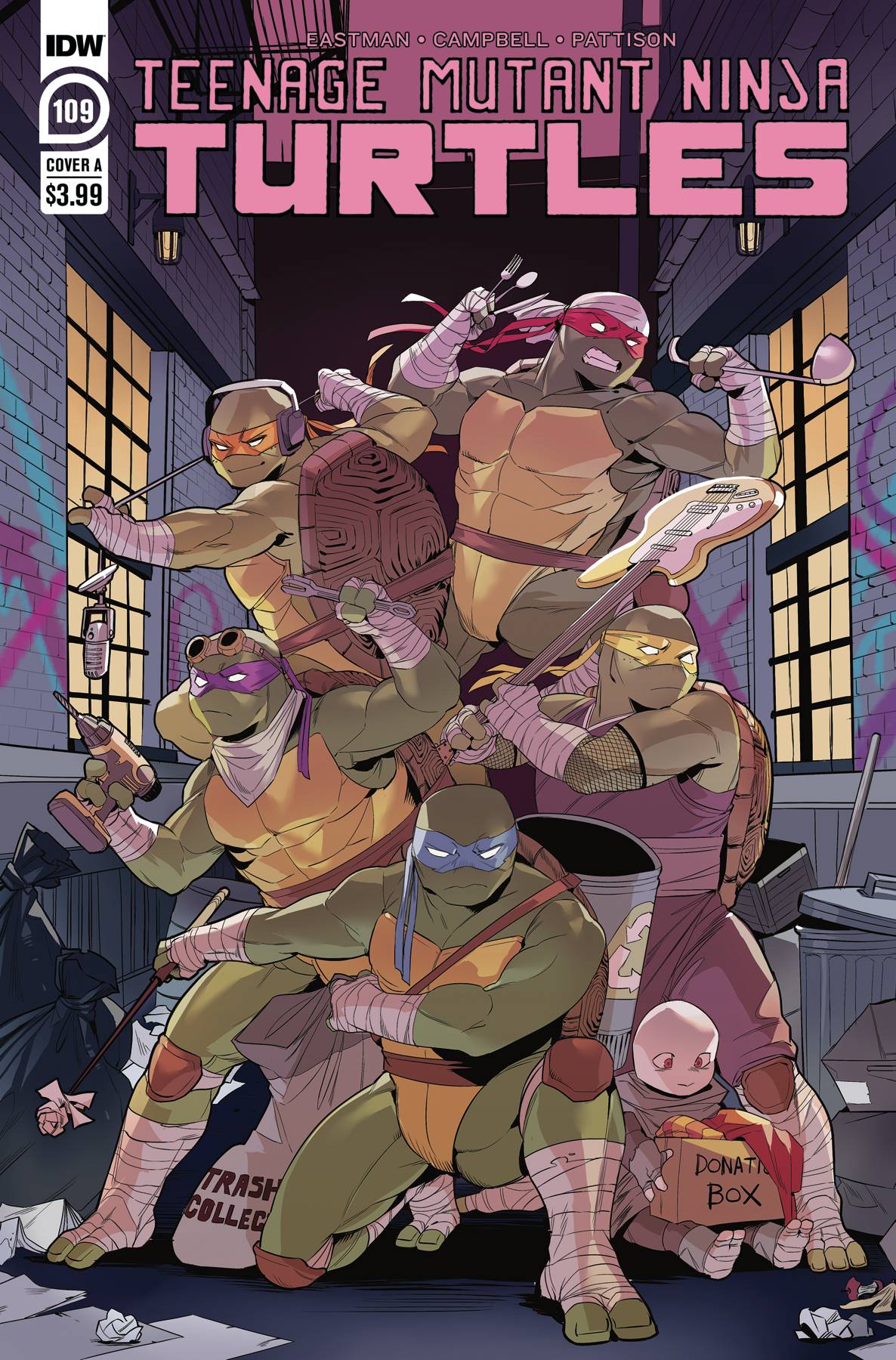 There is no Ninja Foot Clan; there is no mutant gang uprising; No Earth Protection Force; this is a story about the Turtles settling in and taking control of the means to survive in Mutant Town.

After the disastrous events of TMNT #100, the mutagen bomb’s fallout continues during the City at War series, the government struggles to with the humanitarian crisis, racism and prejudice rear its ugly head and becomes a stand-in excuse for the government to ignore what’s going on.

TMNT opens up to panels actively discussing the justification for the dehumanization of the denizens of Mutant Town and looking to couple science in order to justify policies and edicts that would strip them of their rights and exclude them from the wider human community. Even more interesting to note is the introduction of beat reporter Lola Cruz, who claims that she wants to write about what really goes on inside Mutant Town. The problem is that her questions indicate she wants to exploit the situation for her own notoriety, and not just help.

Other than being a deep dive into the everyday lives into the citizens of Mutant town; the rest of the issue demonstrates what happened to TMNT after they all return to NYC and begin to see a path forward for themselves in Mutant Town. Interesting role for the Turtles as they uses their individual soft skills to help out, vice their ninja fighting skills that they are known for.

All is not well; however, after an encounter with Spikeback it is clear that Jennika is not settling as easy as the other Turtles. It actually feels like she may be going through Post Deployment Syndrome (PDS), as she demonstrates symptoms of Hyper excitability, lack of emotional and self-control, and lack of authority over her own anger.

As loyal readers wait in anticipation to the Final March to the Last Ronin, TMNT #109 brings to the table meaningful socio-political dialogue in an entertaining way that I didn’t see coming. The art by Jodie Nishijima adequate but the cover art is outstanding and definitely draws the eye.