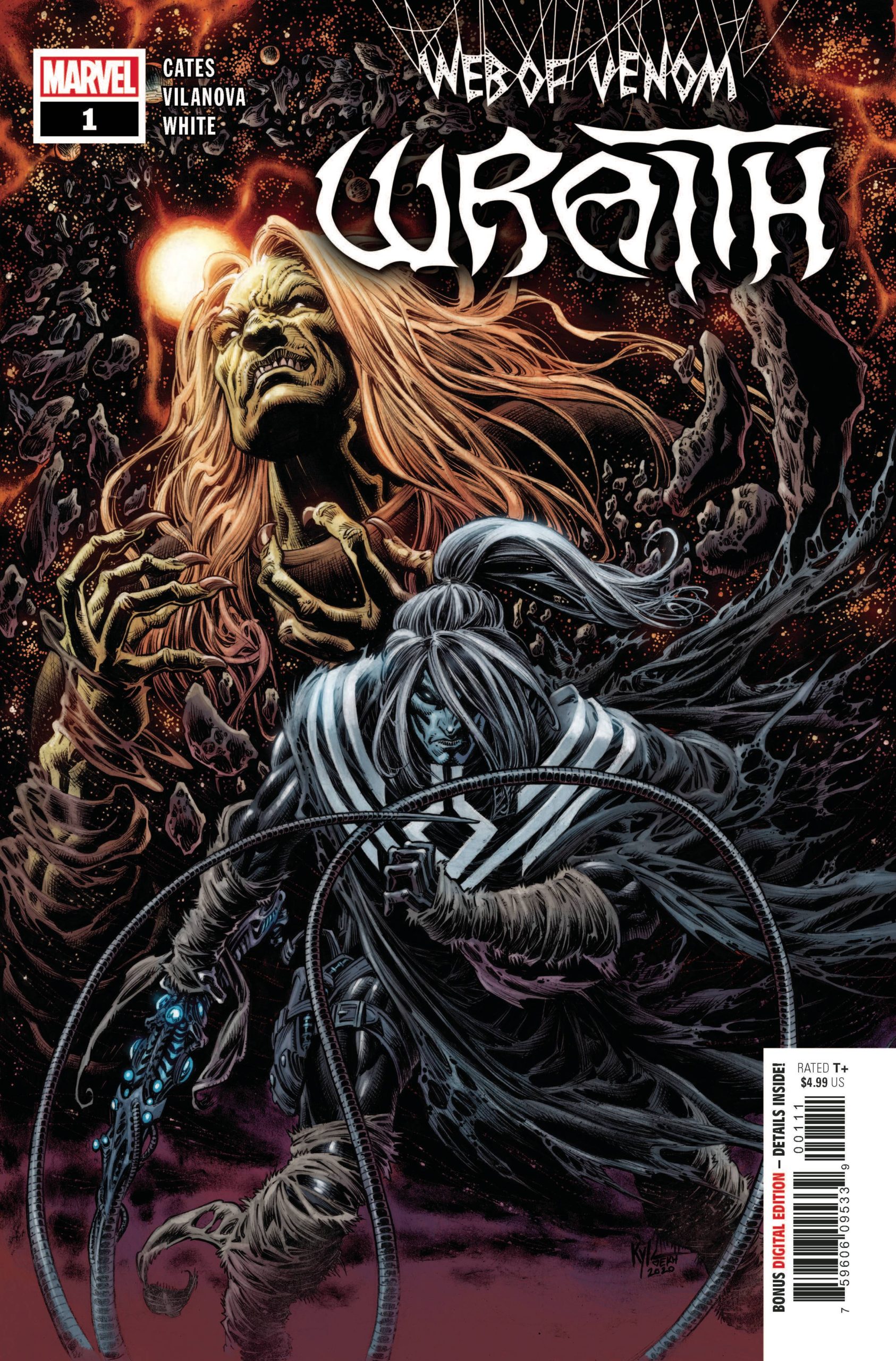 Wraith first appeared in Annihilation Conquest: Wraith #1 in 2007 and was sorta of a forethought, until Donny Cates took over Guardians of the Galaxy, the character started gaining momentum and now….

Originally named Zak-Del, son of Kree scientist Sim-Del, who created a power source sufficient to “light an entire galaxy. He was killed by the rest of the Kree. His son, Zak Del escaped in a ship, only to be pulled in the Exoteric Latitude and consumed by the Exolon-infested Nameless, and his body would become infested by parasites and his soul became trapped by the Nameless.

The last we heard from him, Wraith claimed that Knull is the Exolon God in Guardians of the Galaxy #3 (2019). Also that his mission was to find the Kree with the Sigil on his ring that killed his parents. Using information garnered from Eros, Wraith finds clues into his father’s original search for a universal light source. Interestingly, his father’s laboratory has an image reminiscent of the recent Carnage and Venom Events.

Eventually his search teleports him to Klyntar, and brings him face to face with Knull. Knull who explains that the Exolon are just Knull offshoots of his failed experiments. Knull then proceeds to rip them from Wraith leaving him naked. What happens next is not clear, but I have a theory. Wraith then transport’s himself to Eddie’s location to let him know that the God of Light is coming. Fin.

A dark divine entity threatening to destroy all of creation while his light counterpart tries to save them is such a common, and overused used concept in media since…forever. Especially in Manga I’ve seen this more than I care to admit be it in games, books, movies or series and 99% of the time it’s unoriginal, stereotypical. No matter the slight alterations, at the end of the day it all boils down to the old, boring “dark = bad, light = good” concept which was done to death by now.

In the meantime there was a lot of money left on the table. Is Wraith Dead? What was his father’s relationship with Knull? And what of Wraith’s experience of his soul being eaten by parasites and turning into one of the Nameless? What about the guy that killed his parents that he was supposed to be looking for? This is not how I was expecting this to end up, especially from Cates. The art by Guii Villanova was impressive and had plenty of beautiful splash pages.